Veronica has sights set on PB in 100 metres 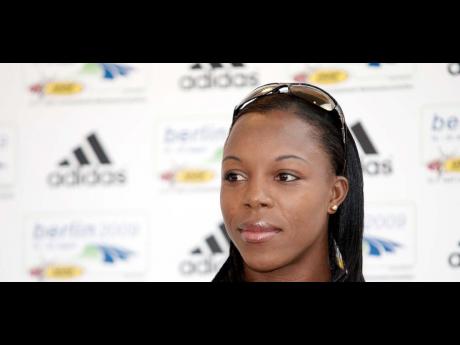 Five-time Olympic medallist and reigning 200 metres champion, Veronica Campbell-Brown, has her sights set on improved performances in the 100 metres.

"My PR is 10.85 (seconds) in the 100m and I am working on running faster but at the same time I love both events and I am training hard and preparing for both of them, but my objective right now is to do a PB in the 100m," said Campbell-Brown who is in Jamaica to compete in the 200m at today's Jamaica International Invitational meet at the National Stadium. "In 2008 I ran 21.74 (seconds) in the 200m for a PB and I haven't run a PB in the 100m since 2005 so a PB in the 100m is well overdue and I know I am more than capable of running faster than 10.8 (seconds) and hopefully it will happen this year," she added.

Campbell-Brown has her own theory as to what she needs to do to go faster in the 100m and why she has been more successful in the 200m.

"The 100m is more technical and over the years I have had issues with the first phase of the 100m and that may have contributed to me not doing a PB in the 100m. The 200m now is a different race, you can make a little mistake in the beginning and still run fast and I am very blessed in the way I execute my curve in the 200m."

The 2007 World Championships 100m gold medallist is now back to full fitness after being plagued with hamstring and toe injuries last season and is looking forward to competing with the other top female athletes.

"I applaud all the athletes that are running really good because the sport needs that. If we have many female athletes running fast and competing well against each other it will bring a little more attention to women's sprinting," said Campbell-Brown.

"So, it is good that we are running fast and we will push each other to even go faster. So, that is something I am really looking forward to and that is why I am praying to stay healthy so I can execute all of my training sessions and by doing so I can compete to the best of my ability," she added.