Super LeBron does it again 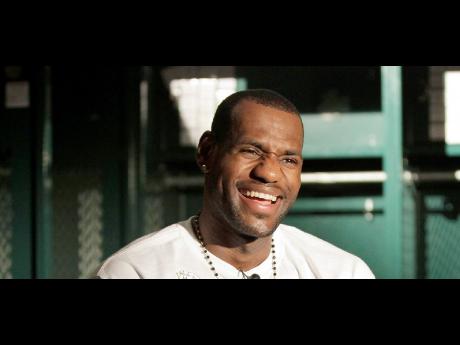 CLEVELAND (AP):Cleveland Cavaliers superstar LeBron James was voted the NBA's Most Valuable Player for the second straight year, a person familiar with the announcement told The Associated Press yesterday.

The person spoke on condition of anonymity because the league has not announced the results of the vote.

James, who averaged 29.7 points, 7.3 rebounds and 8.6 assists this season, will receive the trophy tomorrow at the University of Akron. The presentation by commissioner David Stern will come in front of Cleveland's fans. The Cavaliers play the Boston Celtics on Monday in Game 2 of their second-round playoff series.

James' win was expected after he had the finest season of his seven-year pro career. What remains to be seen is his margin of victory. Last season, James received 109 of 121 first-place votes, winning in a landslide in voting by a nationwide media panel of sports writers and broadcasters over Los Angeles Lakers superstar Kobe Bryant, who won the award in 2008.

For the second straight year, James will accept the award in his hometown. A year ago, he went back to Akron St Vincent-St Mary High School, his alma mater, for a ceremony in the school's gymnasium that was attended by family, friends, former teachers and the student body.

As a high-school star, James played many of his games at Rhodes Arena on Akron's campus. James also holds his summer basketball camps at the university and the Zips are coached by Keith Dambrot, who coached the All-Stars for a time in high school.

James, paired this season with centre Shaquille O'Neal to help Cleveland win their first NBA title, led the Cavaliers to 61 wins in the regular season and the top seed in the playoffs. Cleveland's line-up was constantly changing because of injuries, but the Cavs could always count on James, the first forward in league history to average more than eight assists a game.

James delivered nightly jaw-dropping highlights, many of them coming at the defensive end on chase-down blocks. His value was never more obvious than when he sat out the Cavaliers' final four games, and they lost each one.

Despite playing with a strained and bruised right elbow, James averaged 31.8 points, 9.2 rebounds, 8.2 assists, 2.4 blocks and 1.2 steals as the Cavaliers eliminated Chicago in the first round of the playoffs.