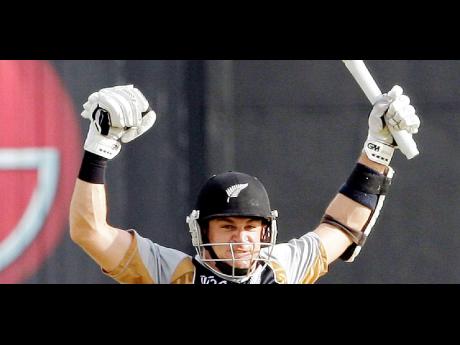 McCullum finished with 16 off six balls as New Zealand got home with one ball to spare and finished with 139-8, after needing 10 to win off the final over from pace bowler Lasith Malinga.

Chasing 136 for victory, the Kiwis lost Brendon McCullum, Nathan's younger brother, without a run on the board. But left-hander Jesse Ryder struck three fours and a six in his 42 off 27 balls to reshape his team's pursuit.

Ryder shared a second-wicket stand of 62 with Martin Guptill, who chipped in with 19. But both fell within four runs to tilt the balance to Sri Lanka.

Veteran off-spinner Muttiah Muralitharan claimed Ryder and Ross Taylor on his way to 2-25.

Earlier, Mahela Jayawardene smashed eight fours and two sixes in a career-best 81 off 51 balls to anchor the Sri Lankans.

Nathan McCullum, who claimed 1-17 off three overs of off-spin and also took three catches, earned the Man of the Match award.