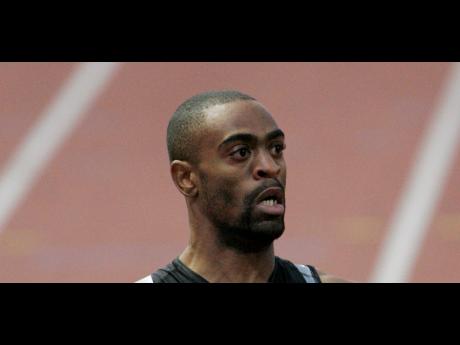 American sprinter Tyson Gay, has one goal in mind this year, and that is to lower Usain Bolt's 9.58 world record in the 100m.

Gay, who will continue his build-up to the rest of the season later this evening with a 400m run at the JN-sponsored Jamaica Inter-national Invitational inside the National Stadium, is hoping to improve on his own personal best of 9.69, which is also Bolt's former world record mark.

The 2007 Osaka World Cham-pionships triple gold medalist and Berlin 2009 World Championships silver medalist, is also looking to improve his time in the 400m, and is eyeing the possibility of running the one-lap event on a more regular basis, in order to make the USA's 4x400m relay team in the future.

The US record holder will not square off with Bolt today, but the two will possibly come face-to-face later this year at the Adidas Grand Prix Diamond League meet on July 12. Gay, credits the Jamaican for the re-emergence of the sport and identified him as a source of personal motivation.

"I'm very thankful that Usain Bolt is running as fast as he is, because he's pushing me to run faster and faster. It's a huge motivation for me and it's a huge thing for the sport. It's something that track and field needs," said Gay.

Gay, who also has a 19.58 personal best in the 200m, ran his fastest ever time of 44.89 in a recent 400m race in Gainsville, Florida and has stated his ambitions to qualify for mile relay teams in the not too distant future.