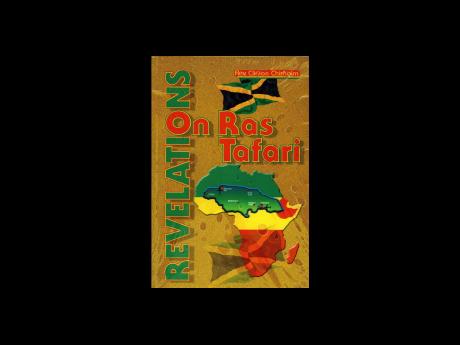 The Rastafari movement is a Jamaican cultural expression of growing fame, fuelled by reggae music. Justifiably then, the phenomenal growth attracts serious critical historical and theological analysis. But, surprisingly, until now, nearly all serious assessments of the movement have been more philosophical and sociological. However, Clinton Chisholm, in this book, addresses that hiatus but in a manner quite different from what most academics might have expected.

Chisholm has produced a book which in essence purports to reveal that the Rastafari movement is fundamentally flawed, based on faulty understanding of Ethiopian documents, ignorance of Ethiopian history and culture and a shallow grasp of biblical literature.

Saying that more colourfully, Chisholm has produced an academic primer which manifestly depicts the Rastafari movement as having a base of clay and structure of straw. In this fine-tuned work of pin-pointed Christian apologetics, Clinton Chisholm attempts in scholarly fashion to deny or, perhaps one might even say destroy, Rastafari's perceived authority to replace or ridicule Christianity as a religion unworthy of the allegiance of black people.

Such devastating criticism brings logically into focus the author's credentials. Who is Chisholm to speak in such a critical manner about a movement that brings such pride and joy to Jamaicans worldwide? Raising the issue of his credentials is logically justified but hardly likely to succeed in bringing him down for it seems from all accounts that Chisholm is eminently qualified to make such strong, analytic, and well-documented declarations.

He is a Jamaican of African descent and possesses the qualifying academic training and cultural nurturing from his youth days to maturing years. He grew up in the depressed Barnett Lane area of Montego Bay, and garnered much in his youthful days from interaction there with the large number of Rastafarians with whom he had regular cultural and intellectual interaction.

A former Jamaica Baptist Union minister in rural Jamaica for a few years, Chisholm has interacted closely, studied deeply and widely several authoritative spokespersons for the Rastafarian faith. In the Foreword, journalist, evangelist and social analyst Dr Billy Hall notes the significant fact that Chisholm "is the Consulting Editor of what is to date the most authoritative anthological work on Rastafarianism" (Chanting Down Babylon: The Rastafari Reader, Ian Randle, Kingston, 1998).

Hall has also identified Chisholm as the "world's greatest authority on Rastafarianism" and so brings an added dimension of respect to Chisholm. Yet, what qualifies him best of all is not mere opinion, however well informed, but the evidential way in which Chisholm makes his critical analyses, moving beyond mere personal opinion to scientifically researched positions.

Scholars of every kind and at every level will be forced to take heed of Chisholm's factual and forceful exposure of the deepest and most cherished historical and theological beliefs of Rastafari.

For example, Chisholm attacks the foundational link of the late Ethiopian Emperor Haile Selassie I, with Rastafari, describing the links as more fanciful than historical, pointing out that the emperor was neither God nor god, did not claim to be God nor god, but instead professed faith in the Christian God. Selected speeches from the emperor himself are among the evidence Chisholm produces.

As he introduces his work, Chisholm briefly summarises the contents of the book, showing how each chapter corresponds to the eight categories of revelations with which he is concerned.

Another significant observation comes in his revelations on Selassie's origins (pp.19-23). With the skills of one trained in the biblical languages of Greek and Hebrew, he attacks the claim that Selassie had any links with King Solomon of Israel, that Sheba was Ethiopia, and that Sheba's Queen left Jerusalem bearing Solomon's child.

Countering such claims in anti-Darwinian style, he speaks of too many "crucial missing links". In his revelations on Selassie's names and titles (pp.24-26), he shows how ignorance of Ethiopian history and customs lead to the crucial fallacy that Selassie was anything more than the king of the kings of Ethiopia (only).

Historical and factual sloppiness in the Kebra Nagast itself allows Chisholm some more revelations here (pp.27-31). Biblical scholarship enables Chisholm to debunk any idea that Jesus was either black or must have had dreadlocks.

Philosophical (as well as historical) arguments see him through his revelations regarding Rastafarianism's claim that it is superior to Christianity because of further fallacious claims regarding what religions were intrinsic to Africa and what were not.

Strangely, close to half the book is a collection of articles and reports on debates relevant to the book's thesis. However, more effort could have been made to integrate and use most of the material under appropriate chapter headings. This may be the most serious criticism of the work; it should not surprise should some readers sense some disconnect between the appendices and the chapters.

Some may see this as a book by a scholar for scholars and opine that it does not lend itself to popular reading. There is only one photo - that of Haile Selassie I. Though far from voluminous, it may not lend itself to reading at one sitting. It is highly focused and so no attempt is made to assess the Rastafari movement sociologically. Therefore, there is no attempt to praise the movement for anything.

A generous section of notes, index and a bibliography are provided, indicating its scholarly character. In fact, to the author's credit, this meticulously written volume would seem to have only four discernible errors: the absence of a full-stop (period) at line 10, page 10; the failure to identify, on page 23, penultimate paragraph, Theodore as identical to the earlier mentioned Tewodros; a note on page 37, appendix 1, cites page 63 instead of page 64; and, on page 38, 4th paragraph, the 1st and last lines should spell 'complimentary' instead of 'complementary'.

Revelations on Ras Tafari is indispensable for every Caribbean intellectual and perhaps particularly so for every student of Caribbean Theologies. Caribbean clergy or Christian leaders desirous of engaging Rastafari admirers or disciples in more effective dialogue or even evangelism might claim this as a handbook.

Rev Dr Michael Friday is lead pastor of the New Life Baptist Church in Bellevue, Nebraska, and a former pastor in the Jamaica Baptist Union.