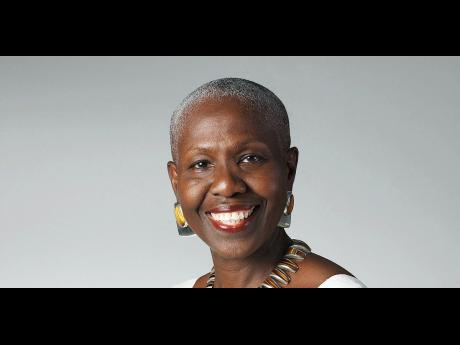 This semester, I've been teaching Yann Martel's wonderful novel Life of Pi in an introductory fiction course. Three-quarters of the class still hadn't finished reading the book by the last day of teaching. It was the first novel on the course!

I occasionally tell students who don't read all the books that their risky academic behaviour is no different from that of careless players who dare to have sex with a stranger without taking the necessary precautions. They are usually alarmed by the vivid analogy at first; but it seems to have little long-term effect. Once the shock wears off, it's back to business as usual: selective reading.

Now, it is true that many university students often take a while to figure out what, exactly, it is they really want to do. So they can end up taking courses in which they're not all that interested. A decade ago, I had a Damascus Road encounter in the middle of a lecture for that same first-year course on fiction. As I looked out on the class of approximately 150 students, I realised that very few people were with me.

The lecture mode of instruction is a dead loss in this age of electronic communication. But universities are still hanging on to old teaching methods. All the same, despite the advances in the new technologies of computer-enhanced learning, I speculate that the wheel is going to come full circle. Face-to-face teaching will again become the premier mode of delivery of knowledge, for which students will pay a premium.

I stopped the lecture and asked, "why unu look like dem tie unu an bring unu? Unu don't want to tek di class?" "No, Miss!" was the enthusiastic choric response. There were a few bona fide literature majors who loved the subject and were there for pleasure. Most were reluctant majors who had qualified to study literature but really wanted to do law, media and communications, management studies - the kinds of 'practical' subjects they thought would guarantee them lucrative jobs.

They hadn't got into those highly competitive programmes. I understood their pain but I also felt that since they were using up taxpayers' money that could be better spent on primary education, they might as well try to make the best of their situation. Also, their view of career prospects in literature was rather limited. All they knew was that they definitely didn't want to teach - a fate almost worse than unemployment.

I came up with the bright idea of inviting graduates of the Department of Literatures in English who were doing all sorts of interesting jobs to speak at a careers forum. The now annual event is extremely popular. Students get excited at the prospect of being able to follow the creative example of professionals like Jean Lowrie Chin, founder and director of PRO Communications Ltd; the roving Robert Lalah; Dennis Morrison, QC; Kim Robinson Walcott, editor of Jamaica Journal; Khalangi Ewers, managing director of Billboards on Wheels Ltd; and this year's speaker, Sherrone Lobban, co-founder of Development Partners and Management International Ltd - all ideators.

At the Liguanea Art Festival last Sunday, I had an entertaining conversation with a senior human resources executive who stopped me to talk about my 'irreverent' depiction of heavenly matters in that haunting column, "An email from Morris Cargill." I took the opportunity to sell the degree in literatures in English to this highly placed HRD professional.

My duppy story about Morris Cargill's unhappy life in heaven confused another reader who mistook fiction for fact. He emailed to say how pleased he was to see that Cargill liked Anthony Winkler's novels because he, himself, was a big fan. I had to gently remind him that it was I who had written the email, not a duppy. I caught Cargill's voice (and snobbery) so well that the line between invention and 'truth' got blurred.

This deceptively truthful function of fiction is an issue that preoccupies Yann Martel in Life of Pi. With a little bit of sympathy for the might-as-cheap literature majors in my class, I would admit that passive readers can get lost in all of the philosophical ramblings of the text. The mischievous 'Author's Note' that frames the narrative raises intriguing questions: "That's what fiction is about, isn't it, the selective transforming of reality? The twisting of it to bring out its essence?"

Last week's column, 'Mr Chin, Ms Black and the Ideators', was a true-true story. Not a word of fiction. But truth really is stranger than fiction. Shortly after The Sunday Gleaner was posted on the internet, I got an instructive email from China (not quite heaven), sent by Mr Roi Tauer (no duppy):

I enjoyed your posting, (sic), however, I would like to note for future reference that from my research, I am the person we (sic) coined the term ideators and have used it in international and domestic currency for more than 30 years. Ideators and Ideators Limited are both utilised as my company names and job title.

"Ideators is an international think tank and name (sic) has been my trademark since 1980.

By the way, 'sic' is one of those many Latin words that have been snatched by the English, apparently to compensate for the deficiencies of their own language. All 'sic' means is 'so, thus' and it is used to indicate that what looks like a mistake is, in fact, an accurate quote.

As it turns out, Mr Tauer is an American who moved his Chicago-based firm to Hong Kong in 1980. As managing director of Ideators Tauer China Limited, he primarily assists American firms with outsourcing in China. I thanked Mr Tauer for his swift response and suggested that the 'ideator' horse had long fled the stable. It was far too late to close the gate. The last time I googled 'ideator' there were 98,500 hits. The word is now in the public domain.

It's a real pity that we are not as aggressive about protecting our Jamaican brands. I wonder, for example, if Usain Bolt is registered as a trademark in any jurisdiction. The race to generate wealth from intellectual property is one we simply can't afford to lose. And that's just the plain truth, no matter how it's twisted.