Many stops on Stephens' 'train of thought' 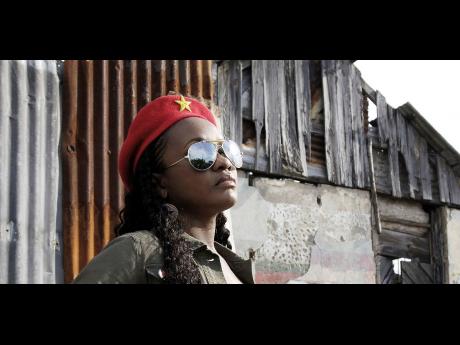 Tanya Stephens introduced the Infallible songs after a break in the extended performance, which finished close to midnight, the band in decent nick. Among them were No Means No, a reminder of meaning to those who may be on the verge of committing a particularly demeaning act. Before she sang it, Stephens had said "even if it comes after 50 yeses, it is still no. Some of we indecisive. When the women speak out, just work with it, please". At the end, she sang "Just because she's loose/ain't a good excuse".

Stephens told The Sunday Gleaner, "I have heard even women say it, it is her fault. She invite it on herself. I think that is the worst thing. There is nowhere to turn after," adding that sometimes the support from relatives and friends is absent after the ordeal.

"Humans on a whole are very cruel to humans. For no reason. They gain nothing from it," she said.

There there was Still Alive, which looks at discrimination against someone who is HIV-positive. Stephens was introduced to the Live Up campaign and told The Sunday Gleaner that it made her focus more on people who are HIV-positive. "It is terrible. I think it is even worse than knowing you have it. They are really dead when people lock them off," she said. So she sings "I'm still alive and I'm not ready to go/I want everybody to know/I'm still alive".

One of the first stops for her Train of Thought is in Iraq, to collect troops and take them back home. "I am somebody who supports the argument if you really want to support the troops bring them home. You can't support them when they are taking bullets," she said.

Of course, there were the male-female relationships songs - above and below the waist. Siddung Pon It is a thumping dancehall ode to the woman on top (literally); No Strings Attached posits a little excitement on the side for the woman ("So I need a man with a passion for life/no strings attached/no flight to catch/what I need is a man pon the side"). At the end she said: "Me nuh know how some people a look pon me strange. I have to challenge everything that is traditional."

And there are few things more ingrained than the ideal of marriage. Stephens told The Sunday Gleaner, "There is nothing wrong with the feeling of wanting to be with someone forever. But sometimes we build so much around the oath itself and the ceremony itself, the relationship don't get enough attention. Some people end up with an illusion. Them climax on the wedding day and ready for the death part. Me fight 'gainst illusions. Me live truth."

So in relationships "you must set attainable goals", Stephens said, adding that some women did "set us back a bit". Although she supports equal pay for equal work, Stephens said women must be careful that they do not do what they fought against in the first place. And, for herself, she said, "I like being soft, me nah lie. Me no weak, but me soft".