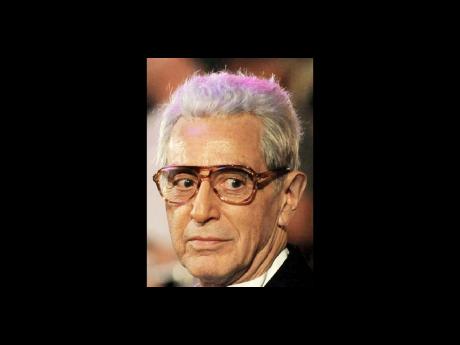 Barry Levinson was preparing to direct HBO's new film about Jack Kevorkian when a family crisis brought home the entrenched power of the assisted-suicide advocate's name.

Levinson's father-in-law, hospitalised after a massive stroke, was unable to speak and in obvious distress. A nurse was asked to give him medication for relief but refused, saying he was not due for another dose.

Pressed to help, the nurse snapped back: "Well, you know, I'm not Dr Kevorkian."

The stereotype of 'Dr Death', as some tagged Kevorkian, shortcuts the man who crusaded for a patient's right to die, Levinson said.

You Don't Know Jack, starring a barely recognisable Al Pacino as the gray-haired, bespectacled Kevorkian, sketches in the details with an unsparing look at the doctor who served more than eight years in prison for his role in the death of a terminally ill man.

"A movie about euthanasia wouldn't interest me," said Levinson (Academy Award winner for Rain Man). "It was the complexity of the character and how surprising he is. ... It's a very odd, quirky character, up against a perception of him that gets blown out of perspective."

The film, written by Adam Mazar, debuted on April 24 on HBO.

Embarking on the project

Pacino and Levinson acknowledge that, until embarking on the project, their knowledge of the retired Michigan pathologist was limited to memories of him as an absorbing news story.

"I knew about the cause and what he believed in, but not about him. That's what intrigued me," Levinson said. He was able to educate himself with a wealth of video, including wrenching tapes Kevorkian made of the many sick and dying, asking for and, on occasion, gaining, his life-ending help.

After scrutinising some 50 hours of film, Pacino said he and Levinson agreed that "there's something there" - the material for a drama, not a polemic, that could be both engaging and provocative.

Starting in the late 1980s, Kevorkian put his beliefs into action by offering "death counselling" to the terminally ill. Challenging authorities to make his deeds legal or arrest him, he claimed to have given at least 130 people the medical means to kill themselves. Then he pushed harder on a 1998 60 Minutes broadcast.

Kevorkian provided a video showing him taking the life of a patient with Lou Gehrig's disease, a fatal disorder of the neuromuscular system, that led to his second-degree murder conviction in Michigan. He was paroled in 2007 at age 79.

While he was insistent in hammering his doctrine, You Don't Know Jack and its cast are not. The life-and-death drama offers understated performances from Pacino and his co-stars that are matched by cinematography with a resolute realism - the film is all the more powerful for it.

HBO recognised that the project was a different story with "dangerous elements," said Len Amato, president of HBO Films.

"We were not just taking on Jack's story or the surrounding issues, but the thematic idea of mortality. It's a challenge to try to make a film that deals with those aspects and still draws an audience in," Amato said.

Pacino did not meet Kevorkian before filming, counter to his approach in playing another real-life figure, former New York City police officer Frank Serpico, for 1973's Serpico. But he has talked to Kevorkian since and found the doctor complimentary about You Don't Know Jack.

Levinson said he was intrigued by Kevorkian's response to the film when he screened it for him.

"He didn't talk about himself at all. He said, 'Wonderful editing.' He was talking in those terms, as opposed to this was his life," the filmmaker said, describing a reaction that was analytical rather than emotional.

The film demands both responses from viewers. In one difficult scene, Kevorkian has crafted a makeshift device aimed at taking a life while conserving the deadly chemicals that he is having trouble obtaining. Initial efforts go terribly awry. When the camera pans framed photos from the would-be suicide's life, they are a heart-stopping reminder of who the man is and what is at stake.

Kevorkian's video records are woven into You Don't Know Jack, with Pacino's image replacing that of the doctor. Permission was obtained from family members to use the footage, although it legally belongs to Kevorkian, HBO said.

Lydia Dean Pilcher, an executive producer for You Don't Know Jack, said she hopes the film prompts debate about Kevorkian, what he has wrought and where society goes from here.

"How do you define compassion? I hope that what we've done in telling this story will take it to the next level of discussion," Pilcher said.