Getting tough on crime 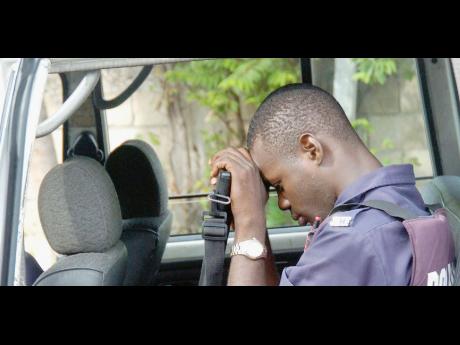 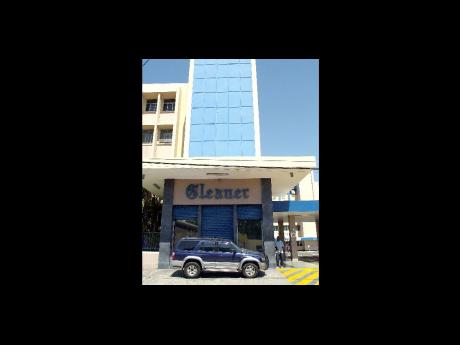 The Gleaner is conducting an admirably trenchant campaign, but it needs to go farther. - File photos
1
2

"How many more babies are to be shot in their heads; how many children in the inner cities are to have their birthday parties pierced by sniper bullets; how many more mothers and grandmothers must make their daily ritual of casting themselves on the ground, weeping and wailing before this country unites against criminals and terrorists?"

I wrote those plaintive words in 2002. In that column, I harshly criticised then Opposition Spokesman on Justice Delroy Chuck who had become a virtual co-host of 'Perkins Online', almost daily protesting alleged human-rights violations. The People's National Party (PNP) government had brought out the army to the streets and Chuck, then a human-rights absolutist, was incensed. It only demonstrated the bankruptcy of the PNP government, Chuck opined, showing that they could not think beyond those kinds of "panic reactions".

In 2005, then Opposition Leader Bruce Golding publicly chastised me, Trevor Munroe and Don Robotham at a meeting, according to a Gleaner report, for calling for strong measures and more hard policing to deal with the rapidly escalating crime problem. He said it was a shame that intellectuals like us could not think beyond those narrow confines and expressed particular displeasure at me, who should know better "as a theologian".

But by his Budget speech this year, Golding, now prime minister, and having been mugged by reality, came around to see that the unholy trinity was not so crazy after all.

In 2005 - indeed, up to 2007, when the Jamaica Labour Party (JLP) was swept to power on a wave of hope and high expectancy - Delroy Chuck and Bruce Golding were darlings of the powerful human-rights lobby. Trevor MacMillan, who later became minister of national security, was, I believe, a card-carrying member of Jamaicans for Justice (JFJ). He was also roughed up by reality and made some very un-human-rights-like statements as minister, which scandalised his former choristers at JFJ.

The prime minister was far more profound and challenging in his Budget speech pronouncements on crime than media analysts have grasped. To them, once there were no grand announcements, no string of new initiatives, the prime minister said nothing. But what he said was far more fundamental and far-reaching than announcements of new measures. Indeed, unless we grapple with the issues he so perceptively focused on, no number of new measures will get us anywhere.

The prime minister made the too-little-understood point that successful crime fighting involved more than just Government and Opposition working together. Said the prime minister insightfully, "We need a much broader front for which that effort can be a catalyst." What the prime minister said was needed was a "national consensus on the type of counteroffensive that must be united against criminal forces". He noted that a considerable amount of time was spent shouting at one another - and this article will generate even more shouting.

The Gleaner has been mounting a significant, trenchant and welcome campaign to build awareness of the enormity of the crisis we face. I am proud of my newspaper. But the council of North Street needs to understand the extent to which all law-abiding elements in the society need to coalesce against criminal forces and need to send unmixed, unequivocal signals to them that the divide and rule strategy is outworn. The criminals and terrorists need to know, and know clearly, that it is not just an embattled JLP government suffering its own credibility problems and hobbled by a weak economy that is fighting them.

They need to know that while the Government has to deal with the 800-lb gorilla problem that the Dudus-Manatt, Phelps & Phillips issue represents, all of us in the society are united against them and we won't allow them to exploit any perceived vacuum. They need to know that a vigorous, raucous and dynamic free press is already dealing with the Government on the gorilla issue, but we won't let that sidetrack us from our relentless, defiant fight against them.

Reporters, commentators, editors, talk-show hosts and media managers must join with other sections of civil society, including Jamaicans for Justice, Families Against State Terrorism, business and church groups along with the parliamentary Opposition in coalescing around tough short-term measures to contain crime.

In his brilliant GraceKennedy Foundation Lecture last year titled 'Controlling Violent Crime: Models and Policy Options', the country's leading academic on crime, Professor Anthony Harriott concluded that "the real challenge in fighting crime" is "getting agreement across the social and political divide", as well as effective implementation. It's not just a matter of getting the political parties to the table. In my view, the Government will not be able to do one striking thing to stop the gruesome murders unless we have broad national backing for strong measures.

I am not optimistic about the country's getting a handle on crime in the short term because I don't see how, short of some event or events too terrifying to imagine which will finally galvanise all sectors to move decisively against the criminal gangs and terrorists.

As I write, the Opposition is just issuing a strong statement condemning the killing of a five-year-old girl and the injury of her father and sister. "The criminals that would do this have sunken to an all-time low." No, opposition leader, it's not an all-time low. That has been going on for some time. But we have been in denial about the kind of threats we face, and that is why I am not optimistic about our grappling with this problem, no matter what the Government or Owen Ellington does, and irrespective of the Gleaner campaign.

Just as I write this, a press release is coming in my inbox from the PNP's Sandrea Falconer decrying the killing of a Spanish Town deacon who marched against crime just two weeks ago, and who was dragged from prayers to his death. Last weekend, my own heart was pierced when the son of a dear friend and colleague, Paget deFreitas, was gunned down. I "knew" Mark from when Angie was pregnant with him over 31 years ago. Who is next? I have prepared my family psychologically for my own murder, as I intend to continue to live here. And that means being marked for death - unless we can find consensus across the society to deal with this monster.

To my colleagues at The Gleaner with their well-meaning and well-needed anti-crime campaign and to other concerned citizens, I ask: What do you think can be done, today, tonight or in the short-term reduce the crime figures and drive fear into the hearts of criminals and terrorists? Social-intervention programmes? Building new factories and "creating opportunity", as Wilmot Perkins sermonises every day? Strengthening human-rights legislation? Disbanding the corrupt police force? Building trust between police and citizens?

When we are calling on the Government to "do something about crime" to "fix the problem" to "stop looking clueless", what do we mean? What would solutions look like? And I mean in the immediate, for the biggest problem I find with the human-rights lobby and others who adopt the purely social-justice model of crime fighting is that their solutions, though laudable and supportable by me, are medium term and not immediate.

This is my big problem. Yes, we must grow the economy to cut off the supply of poor unattached youth to the dons. Yes, billions more need to be pumped into education, youth development and the social sector. Yes, we need to improve family life, values and attitudes and increase the respect for life.

Come on now, human-rights activists, let's dialogue and stop shouting at one another, as the PM rightly advises. I suggest that all my readers go to the GraceKennedy Foundation website and read carefully Harriott's 2009 foundation lecture. It represents the best research on crime in Jamaica. Harriott has read all the crime reports/studies. Harriott is a stout critic of my hard-policing strategy which he says has generally failed.

But he also realises and demonstrates that social interventions and the other soft measures proposed are not short-term answers either. He says bluntly that "attending to the root socio-economic causes is unlikely to yield much in short- to medium-term effects on the homicide rate".

The social-justice model of crime fighting was used by Manley in the 1970s but failed, "and an outcome was higher rates of violent crime". I know hard policing is limited, over-valued and undermined significantly by a corrupt and incompetent police force. But don't give the impression that soft measures can give better, more assured short-term results.

As long as The Gleaner and human-rights advocates acknowledge that soft, social justice, social interventionist strategies won't significantly affect the crime statistics being blared on The Gleaner's front page and that there is no quick fix to the murder of five-year-old children, women and deacons, then I don't a have to shout. But don't ridicule hard policing, point out all its shortcomings and then pretend that you have a way to give a better short-term result.

I agree wholeheartedly: What the human-rights advocates are calling for is what we need for the medium and long term. Problem is we need a solution today. The prime minister was absolutely correct: "The spanner we have was never made to fit the nut we have to crack ... crime-fighting strategies must be appropriate to the crime that has to be fought."

Some criminals need to be taken off the road whom we could not convict now in a court of law. The PM has proposed that extraordinary powers be given only to senior officers in the police force and then subject to stringent oversight and accountability - including from human-rights activists, as Robotham proposed years ago. The Government's anti-crime bills are crucial to a short-term attack on crime.

Said Harriott: "Mass arrests may help to favourably alter the fundamentals of the crime problem if they are used to signal the beginning of a shift in power from the dons ... ." The top JLP dons have to be arrested too - and probably first. But you can't curse the Government for doing nothing and yet campaign against the few measures that can give us short-term relief from terrorism.