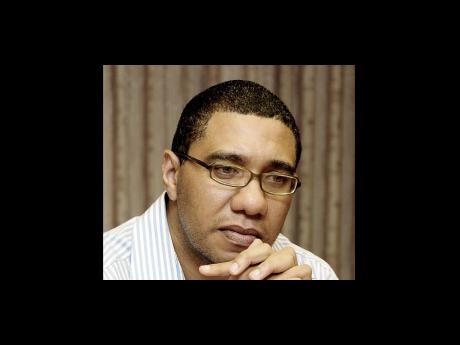 Parents who send their children to public schools during the Jamaica Teachers' Association planned two-day strike action tomorrow and Tuesday do so at their own risk. Education Minister Andrew Holness made it clear yesterday that in the absence of the teachers, the education ministry could not guarantee the safety of students who show up for school.

"At this point, the Ministry of Education is not actively promoting any alternative for the supervision of students at schools," the minister said.

Holness was speaking at an emergency press briefing called to respond to reports that teachers planned to stay home for two days to press their demand for a speedy payment of billions of dollars owed in retroactive money.

Hinting that the protest action caught the education ministry off-guard, Holness said: "With the notice we have received, the ministry would not have enough time to have this organised and will not be able to guarantee the safety and security of the students who turn up to school."

Holness, flanked by senior education officials including Grace McLean, chief education officer, and Hector Stephenson, executive director of the Overseas Examination Commission (OEC), said a substitute plan for the supervising of students would only be considered if the strike action went beyond the stated two days.

But he said the teacher protest should not affect the students scheduled to write examinations this week.

Some 25,000 of the approximately 85,000 students registered to sit the examinations will do so this week.

"From where we are sitting, most of the exams next week can be handled by the supervisors and the assistants and there would be a few cases where they need one or two persons, and those persons they should be able to get quite easily if the teachers were not able to assist," explained Stephenson.

He stressed that principals play a critical role in ensuring that school facilities are made available to the invigilators and their assistants.

Holness was at pains to point out that principals must ensure that students are allowed to enter the public-school facilities to sit their examinations.

"No child should be deprived of the right to sit their examination, and principals have a duty to ensure that the students are facilitated, particularly when the examination centres are on government property," Holness said.

Teachers who are paid separately to be invigilators are expected to honour their obligations with the OEC, Holness said.

He added that the ministry had not been advised of any planned lock-out of students or teachers from the school compound and, therefore, it "would look unfavour-ably on any attempt to prevent access to any school, examination centre, laboratory or any examination material which may be in their custody".

After labelling the strike as inopportune, Holness took what appeared to be a veiled swipe at the teachers based on the dismal results of the Grade Four Numeracy Test.

"The move is, of course, in our minds, unfortunate at this time, given the considerations of the difficult economic times that we are experiencing, the crisis that we have in education, and of course, the binding fiscal constraints of the Budget," Holness said.

He made it clear that other government employees in the public schools, including administrative, clerical and ancillary staff, are expected to be at work as normal, even if the teachers stayed away.

"Effectively, therefore, except for teachers, the school should be open," he said.

Meanwhile, the Union of Schools, Agricultural and Allied Workers (USAAW) has come out "in full support of and solidarity with the teachers who work in public-education institutions".

In a release yesterday, the USAAW requested that non-teaching staff members not try to "cross any picket line that the teachers have set up at the various institutions".

"No way can the Government expect the employees to undergo more economic pressure than the already heavy burden that they are currently facing," said the release, issued under the signature of USAAW General Secretary Keith Comrie.

No decision has been taken to extend the school year to compensate for lost contact hours. The matter will be discussed this week with the education ministry's senior policy group.