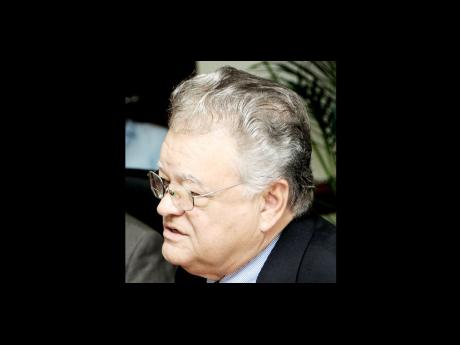 THE UNITED States-based law firm Manatt, Phelps & Phillips, is reportedly continuing to claim that it was working on behalf of the Jamaican Government, despite the repeated denials by officials of the Bruce Golding administration.

The well-respected American publication, The Am Law Daily, on Friday reported that an official of Manatt repeated the claim even after government minister and Jamaica Labour Party (JLP) General Secretary Karl Samuda said the law firm had been retained by party members.

According to The Am Law Daily, Manatt's general counsel, Monte Lemann II, last week reiterated the position that the company had been contracted by the Jamaican Government.

"As stated in the FARA (Foreign Agents Registration Act) filing, Manatt was employed by the Government of Jamaica, through Harold C.W. Brady, to assist with existing political and economic matters, including existing treaty agreements between Jamaica and the US," the publication quoted Lemann as saying.

Samuda was given the job by the administration, but his release issued last week raised even more questions, as the controversy continues over who employed Manatt. For what purpose? And who paid its fees?

The Am Law Daily, which was among the first international entities to pick up the story, noted that Samuda's statement issued last week was at odds with the official record, as reflected by Manatt's FARA filings.

"Those documents state clearly under the heading name of 'Foreign Principal' that the firm's client during the four months the US$400,000 agreement was in effect was the Government of Jamaica, through Harold C.W. Brady of Brady and Co."

The publication also noted that Samuda had failed to answer the question about who paid the US$49,000 to Manatt.

In an article titled 'For Manatt, New Twist in Extradition Controversy', The Am Law Daily noted that there was another unusual aspect to the firm's Jamaica pact: "It is the only one of 11 Manatt has registered with Justice over the past 20 years in which a private individual is named as the point of contact for the foreign government being represented."

The publication also quotes attorney-at-law Tom Tavares-Finson as arguing that Manatt might have been under the impression that it was operating on behalf of the Government of Jamaica.

"Nobody has indicated where the money came from, but it's not the Government of Jamaica. Whoever gave Brady that money to retain Manatt, that's their business. Even if it was (Christopher 'Dudus') Coke, who is subject to an extradition request by the United States, so what?" the publication quotes Tavares-Finson as saying.

The Am Law Daily is one of several influential publications in North America which have taken an interest in the spat between Kingston and Washington over the extradition request for Dudus and the subsequent mystery over the role of Manatt, Phelps & Phillips.