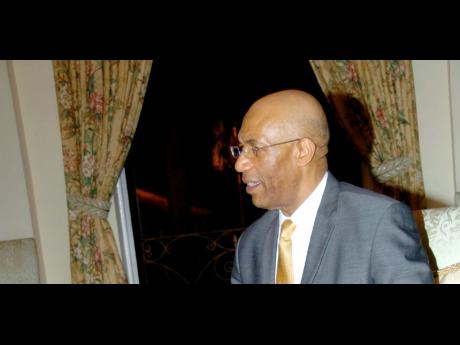 The leadership of the Seventh-day Adventist Church has declined to comment on the moral dilemma facing Governor General Sir Patrick Allen, as he is asked to sign into law a controversial gambling bill.

Sir Patrick, the former president of the Central Jamaica Conference of Seventh-day Adventists, appears to be facing his first major dilemma as a leading public servant.

He is required to sign into law a bill that establishes casino gambling in Jamaica. The bill was passed by the House of Representatives and the Senate and awaits the governor general's signature.

Late last week, the Jamaica information Service (JIS) dispatched to The Gleaner a corrected version of a release signalling that Sir Patrick had not yet signed the bill.

However, the government information arm stated: "The Casino Gaming Act 2010, having been passed by both Houses of Parliament in March, has been sent to King's House for the governor general's signature."

But even as the current president of the Central Jamaica Conference of Seventh-day Adventists, Pastor Dennis Bignall, gently declined The Sunday Gleaner's invitation to comment on Sir Patrick's predicament, he was quick to assert that the Church remained unequivocal in its stance against gambling.

"I am not going to make any remarks on this matter," said Pastor Bignall.

Sir Patrick was appointed governor general of Jamaica on February 26, 2009, and took time off from his church work to serve his nation, the first church leader to assume the position as the Queen's representative.

Bignall told The Sunday Gleaner that he anticipated the public's reaction.

Declaring that he could speak for himself and the Church, Bignall declared that they both repudiated all forms of gambling.

"I will not be able to speak about him (Sir Patrick), I speak for myself and the church. we remain resolutely against gambling."

But Bignall was quick to point out that Sir Patrick was not operating of his own accord.

"He is serving the nation, and the good book says as servants, you are called to obey who you serve."

Bignall seized the opportunity to exhort Christians to not recoil from public life. "We are needed in this time of degeneracy," he declared.

The church leader proclaimed that church members have a duty to perform in public life.

"There are times when matters of principle in politics will run against the grain, against the conscience and conduct of the Christian ... . Then you will have to stand on your conviction, and take a firm stand, but you can't recoil from public life," Bignall said.

In the lead-up to Sir Patrick's appointment, there was a flood of concerns about his role as a public servant.

But he expressed confidence that his Adventist affiliation would not affect his ability to carry out the job as governor general.

"I know that everyone knows my religious persuasion. That will not hinder me from giving my best service. Fortunately for us, we live in a nation that respects religious liberty. No GG has ever been able to attend all social functions, but the constitutional roles will be conducted to the satisfaction of the nation," Allen added.

Adventism is a conservative branch of Christianity known for its strict adherence to the Jewish Sabbath and rigid dietary stipulations.

Sir Patrick has highlighted concerns about the country's value system and present trends.

"We are sliding down a slippery slope and we must take a check and instil discipline and values. We need a national system of values that outlines a point beyond which we must not go, and we need more people who will be fearless and frank in their approach to duty, are not afraid to point out wrong, and who have the courage of their convictions," he told The Gleaner in his first-anniversary interview earlier this year.