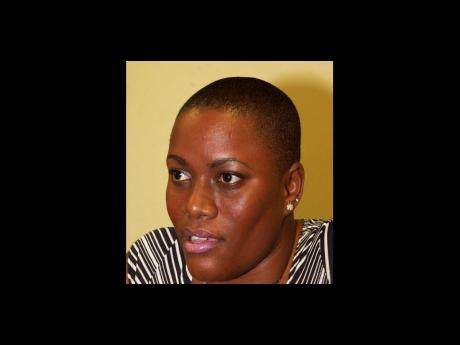 IT IS without question that in Jamaica, sharing information with the (police) authorities can be an incredibly dangerous enterprise. In 2005, 23-year-old Jamaican, Linval Thompson, an accounting clerk at First Global Financial Services, was murdered after testifying in a murder trial about the April 2001 murder of his mother and stepfather. Four of the men were convicted. Thompson was murdered on his way to work while travelling in a taxi in the metropolitan district of Kingston and St Andrew. The rest of his family went into hiding (The Gleaner, June 25, 2006).

In 2006, 79-year-old Leslie Brown of the community of Glendevon in the parish of St James was murdered after being labelled an informer to a triple murder which had taken place a few days before in the area (The Gleaner, June 25, 2006 ). In November 2007, a heavily pregnant woman - 22-year-old Kadian Campbell - was shot and killed by gunmen in the inner-city community of Maverly in the parish of St Andrew. She was alleged to have helped the police to uncover a kidnapping plot. Police had been investigators said the woman had been accused of being an informer.

Similarly, in 2008, over 200 residents of the rural community of Gravel Heights in the parish of St Catherine were forced to flee their homes after receiving an ultimatum from gunmen to leave their communities, or face death. The residents were accused of being 'police supporters' and 'informers'.

The threat was real, and in an unprecedented move, the Jamaican police arrived on the scene and stood guard, as residents packed their belongings and effectively assumed refugee status. In full view of television news cameras, the Jamaican police provided armed escort as law-abiding residents complied with the demands of a criminal network and relocated from their homes and out of their communities (The Gleaner, December 8, 2008).

Sufficient cases now exist of suspected informers being killed in Jamaica to institutionalise a politics of fear in this context. In this article, I pay attention to people who dread disclosing information on (possible) criminals to the relevant authorities (staying fearfully aloof while evil emerges). I have labelled this phenomenon 'informerphobia.' I suggest that informerphobia - the fear of people to give and use information on and against 'evil others' because they genuinely dread to be the next victim in the row - is an insidious phenomenon. I reflect on the problem of informerphobia in Jamaican situations in an attempt to show that informerphobia is not merely a matter of courage or lack thereof but, importantly, reflects the structure and functioning of state institutions and the embedded (political and civic) culture that state arrangement and practice creates.

See no evil, speak no evil

In the 1997 Jamaican film Dancehall Queen, the despised protagonist, Priest - played by celebrated actor Paul Campbell - after fatally knifing a vendor named Sonny, issued the above warning to all potential informers. No other expression in contemporary Jamaican popular culture captures the prevailing attitude towards the informer and information disclosure than these words. This chilling admonition to keep quiet reverberates in Jamaica's political culture and society and is exacerbated by a context of pervasive criminality.

A cultural contempt unmistakably exists for the informer in Jamaica, and this disdain is also relentlessly reproduced in the lyrics of popular artistes. Indeed, over a 20-year period (1990-2009), the anti-informer message in Jamaican popular music has become more frequent and violent, as evidenced by popular tunes, such as Buju Banton's Too Bad:

Whe you go do, you go dis' the real big man?

Whe you go do, carry man name go down a de station?

Whe you go do, act like say you no do nutten wrong?

This lyrical vilification of the informer in Jamaica's music culture is unquestionably problematic. Lyrics such as these from leading reggae and dancehall artistes feed informerphobia and have contributed to a legitimisation of silence (about criminal activity), and a consoli-dation of fear and terror surrounding information disclosure. Anti-informer songs reinforce the view that there is something appalling and bad about being an informer.

For the police, this has helped to frustrate intelligence-gathering and criminal apprehension. In fact, silence, the Jamaican police say, is their number one stumbling block, as police investigations are weakened because citizens are often unwilling or afraid to come forward to give information. As citizens keep their mouths shut, crime mushrooms and policing becomes more difficult. Much more than misplaced dancehall and reggae messages, however, the existence of captive communities called garrisons further complicates information disclosure in Jamaica.

In order to make sense of the reasons Jamaican citizens in garrison communities develop informerphobia, it is important to understand that information and information disclosure assume a different, more fatal dimension, in controlled communities.

In garrisons, crimes are reported directly to the don and resolved via the laws of jungle justice as opposed to the higher authority of the Jamaican state. Dons, like their global counterparts, are powerful outlaw actors who manage to establish substate systems within cordoned enclaves within the larger state territory.

Jamaican dons preserve order and create their own laws by which residents must comply, while the higher authority of the Jamaican state and its police services are undermined.

The power of the don derives from his political clout and affluence, and many poor, deprived residents of garrison communities depend on the generosity of the don for their subsistence. This relationship of dependence ties the resident to the don and obliges his or her silence to criminal wrongdoing.

Informerphobia is thus rife in the garrison. Organised crimes depend on silence, complicity and, ultimately fear, to succeed and sustain itself. The Italian Mafia has entrenched the code of omerta (silence) embodied in the local adage chi parla muore, chi tace campa (who talks dies, who is silent lives).

Informerphobia is an invisible but potent and long-standing component of the Jamaican don's strategy of political and social control. For those tagged as informers, the consequences are dire. Brazen acts of violence are carried out upon those who dare to divulge information or act in a manner seen to be an affront to the don.

The word 'torture' can be used to describe this kind of situation where people are captive both physically and psychologically and must deal with the fear of living in this environment and the idea and act of informing on evil others.

In short, dons have generated an endemic and rooted fear in ordinary citizens of losing their lives at the hands of those about whom they divulge information akin to torture.

Informerphobia thus ensures that the community remains a hostage to the don.

People usually have great difficulty coping with this level of violence-related tension and fear, so they retreat, act indifferent, freeze up, or offer pre-determined trained responses. In communities in Jamaica and elsewhere, where criminal overlords have enormous power and influence, people fluctuate between a sense of worrying alertness and silence. They learn to stay quiet and detached, and so steer clear of problems.

But under what conditions would people act strategically to resist domination even when 'tortured by ties' between evil lower orders, such as criminals and the higher state authorities?

I argue that conditions of perceived safety of person, property, and the protection of the information being provided by state agencies usually lead even fearful people to become more inclined to offer information to the authorities.

In Jamaica, this situation is, however, complicated by systemic and institutional problems within state agencies, and an abiding mistrust of the police.

In short, so severe are the challenges to governance here, including endemic corruption, that information disclosure is not only difficult, but state agencies may have a role in embedding a culture of silence. I look at the state's approach to informerphobia, and how it has attempted to tackle it.

The State: Embedding or fighting against informerphobia

So problematic are the anti-informer sentiments, and so challenged have the police been to get information, that information-inducing initiatives are introduced that are not widely practised elsewhere. Indeed, even the Jamaican commissioner of police has had to appear on radio call-in programmes to plead for citizens to come forward with information and, in desperation, has offered his personal mobile contact.

In well-established, well-run police services around the world, the top-ranking members of the security forces need not themselves resort to making public appeals for intelligence, except in extraordinary situations, such as kidnappings, where rapid information is required. Yet, this method has proved to be a viable strategy in criminal investigations and general policing in Jamaica.

The Jamaican government relies heavily on public appeals, as well as strategic media and communication techniques to induce people to become informants, and to gather critical information on unsolved crimes.

For example, Crime Stop is a highly visible and effective public-information initiative of the Jamaica Constabulary Force (JCF) designed to encourage information-sharing with the police through media appeals and cash incentives.

In existence for close to 20 years, Crime Stop uses a powerful combination of radio, television and newspaper advertisements featuring the graphic details of an unsolved murder. Members of the public are urged to call special hotline numbers and tell what they know about the particular homicide advertised. Callers are promised strict anonymity as well as enormous cash incentives (of up to $1 million) if the information they provide leads to an arrest and prosecution.

Conventional wisdom suggests that the pervasiveness of modern information and communication technologies, such as the mobile phone and its widespread use and availability in Jamaica, should make the task of information-gathering by the police easier. However, the underlying element of distrust between Jamaican citizens and the police has complicated information-sharing with or without the mediating assistance of modern technology. Indeed, some of our interview respondents say many people are not comfortable with the police saying "when you call, we can't trace the call to you".

Despite the technological benefits of the information age, Jamaican citizens, as perhaps citizens everywhere, are not any more confident in the institutions of governance and the agents of the state. Many of our respondents complain of not feeling confident that their calls cannot be traced by caller-identification telephone codes such as69 - a combination which when used connects the last-dialled number on that telephone. Of course, the technologically savvy caller may understand how to bypass such inconvenience by rendering the outgoing call anonymous before even dialling out. The challenge for the less technologically savvy citizen, and hence for the police, is woefully obvious. The fear of being uncovered as the source of the information is greater. hence the probability of the citizen placing a call to the police is less. The corollary to this situation is that efforts by the police to get information are less likely.

We wish to assert, however, that over time, as citizens get more accustomed and comfortable with the technology, people manipulating their mobile phones and understanding the nature of the technology more, they will become more confident to provide the information.

Beyond the mediating technology is, however, the expectation of state action and state capacity to engender trust and confidence among the citizenry in order to win support in crime fighting through information disclosure.

Dr Hume Johnson is a political scientist and broadcast journalist. Dr Joseph Soeters is a military sociologist and teaches at the Netherlands Defence Academy. You can contact the authors by writing to humejohnson@gmail.com.