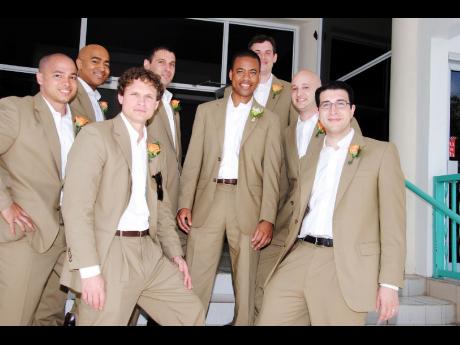 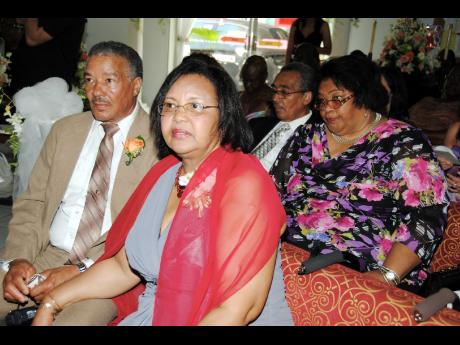 Parents of the bride, Royan and Hazel McIntyre. 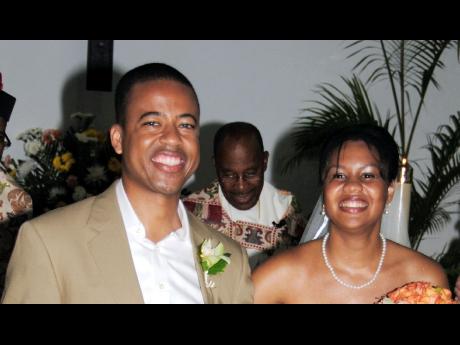 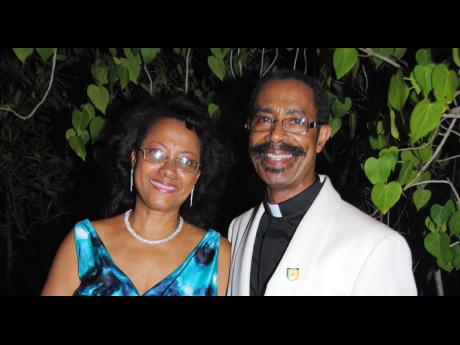 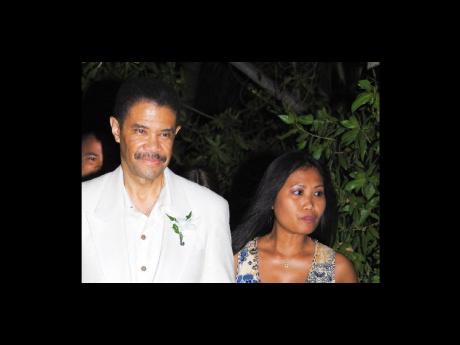 Stephen and Marsha Bailey's story writes itself, taking their families and friends through a journey of the lives of two friends, two hearts, one promise and one love.

For four years the two attended the prestigious Emory College in the United States and may have been in the same room, but didn't know it, because they never met.

Well! Not until May 13, 2001, the fateful day before graduation, at the honours ceremony. The first meeting has been the subject of much debate between the couple. Marsha's take on it is:

"A few moments before the meeting, Stephen's mom (Dr Doris LeBlanc) came over to me and her first words were, "You've got to meet my son!" I was taken aback because I had never met this lady before but she spoke with such conviction that I curiously peeked behind her at the son who had to be met (I was intrigued). It turns out that Stephen's family had been seated next to mine at the ceremony, and together our mothers were convinced that Stephen and I should meet because we were both headed to law school - I to Harvard and Stephen to Yale."

Bailey's mother, Hazel McIntyre, proudly admits, "From the first time I saw Stephen, I said, 'My daughter has to have him'," she declared to the audience during the couple's fabulous wedding reception at the private island, Sandals Cay, in Montego Bay.

Earlier that evening, Hazel McIntyre's wish had reached the pinnacle as her daughter got the man of her mom's dreams. She is now a Washington, DC,-based attorney practising international trade law at the firm of Hughes Hubbard & Reed. Her soulmate Stephen runs an information services company, Frontier Strategy Group, exchanged vows at the Holy Trinity Church in Montego Bay.

Under the watchful eyes of the bride's uncle, The Rev Canon Calvin McIntyre, and the Venerable Archdeacon Emeritus Hollis Peter Lynch, Marsha and Stephen Bailey candidly experienced what must have been the most beautiful day of their lives.

"Stephen was a gift to us, he was the first miracle to come into my hand," said his mother, urging her children to continue to dance, even when they were the only ones who heard the music.