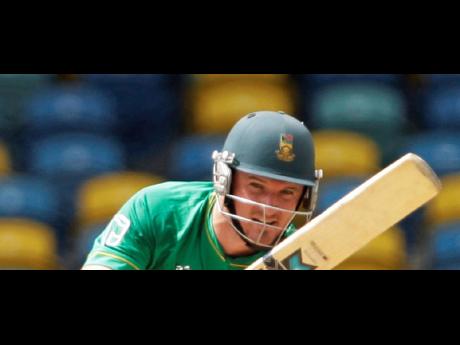 South Africa captain Graeme Smith says his recent finger injury was a "blessing in disguise" as it afforded him the time to plan along with the management team for the World Twenty20 Championship.

The 29-year-old, who has led the Proteas for the last seven years, sustained the injury playing for the Rajasthan Royals in the early days of the Indian Premier League.

Initially, the injury threatened to scupper his WT20 campaign, but he recovered quickly to make the Caribbean trip.

According to Smith, the recovery phase allowed him precious time with new coach Corrie van Zyl who only recently replaced the long-standing Mickey Arthur.

"The injury has progressed nicely and obviously it healed a lot quicker than I expected," Smith told reporters here.

"I think it was probably a small blessing in disguise in many ways. With the change of coach, it (the injury) allowed me to spend time with Corrie and the management team and really just sort of plan for this [tournament].

"The injury allowed myself and him to spend some time [together] and talk and plan get to know each other a little bit better and also spend some time with the rest of the management. [It also allowed him] to give us an idea of what he would like to achieve over the next year that he's in the job."

Smith was expected to be a key member of the Royals line-up and they eventually struggled, finishing near the bottom of the IPL standings.

The prolific opener conceded that had he campaigned in the IPL, it would have definitely hindered his preparation from a leadership perspective.

"I think there's a bonus that came out of the injury. Otherwise, being in India [for the IPL] for six weeks it would have been a little bit more panicky," he said.

South Africa have been installed as one of the pre-tournament favourites especially after their outstanding run in last year's tournament in England.

They each played unbeaten to the semi-finals before crashing out to eventual champions Pakistan and Smith admitted that the Asian sides were very dangerous in this format of the game.

"We played really good cricket in England last year and that's the tough thing sometimes about the subcontinent teams - the unpredictable nature of how they perform," Smith pointed out.

"On a given day they are really talented and can produce good performances. I think it's one of those tournaments where maybe we need to be able to adapt a little bit more and think on our feet because it's very quick, things happen quickly."

South Africa open their campaign against India in St Lucia today, before playing qualifiers Afghanistan in Barbados next Wednesday.