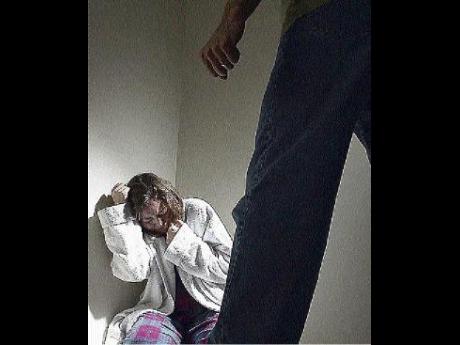 Shortly following her "I dos" Charmaine* realised her 'happily ever after' was at stake.

"I got married in 2001; that's when the domestic violence started," said Charmaine, a 41-year-old professional. Initially, she was willing to chalk it up to teething pains which would disappear within a year.

"It came to a stop. But it was a good few years before that happened," she said.

This was short-lived for the mother of four, one of whom she had with her husband.

"The whole sexual abuse thing seemed to have come up in the last three years," she explained. This was after she went to university in another part of the island and returned with a new perspective on her relationship. She tried even harder to convince her husband that what he was doing was wrong.

The two met when Charmaine, a British national, visited Jamaica to attend her grandmother's funeral.

"Based on what I felt and what he was portraying at the time, everything was fine," she said. But the reality set in once they were married.

Charmaine drummed up the courage, twice, to go to the police. Once he hit her. The other time he smashed a new television set she had purchased because he could not get to her.

"He called me to ask me if I wanted to come and look at what he had done," she said.

"When he had hit me, I got as far as the front desk of the police station and I was told he hadn't left any marks so there was nothing they could do about it," she explained. "They didn't even take my name."

Embarrassed, she did not return.

Unable to keep it to herself any longer, approximately six months ago, she sought the counselling help of Marie Sparks at Pure Potential.

"It's a way of relieving some of the stresses I had in my personal life. I was able to go and share," she said of her one-on-one sessions with Sparks.

"At the end of the day, I can come away, not with all the answers, but feeling little lighter," she said.

Over three weeks ago, she ventured into one of the group sessions with other women with similar experiences.

"Initially I had a lot of anxiety. 'Would there be anybody who I would know?' " she worried.

It was worth the effort.

"It doesn't make you feel like an alien," she said as they all had similar experiences.

In terms of her future, Charmaine is keeping her plans progressive.

Nikki's* childhood was plagued with sexual abuse from men who were closest to her.

"I was abused by my father, my uncle, a neighbour and my stepfather," said Nikki. It began at about age seven, she's not sure of the age because she was so young.

Her uncle was the first. He was asked to watch her while her mother went to the market. He would show her naked pictures of women and instruct her what to do. Her stepfather, she also remembers vividly, would visit her room when he came in from a night of drinking.

Nikki, now 29 and a mother of three, never really realised how much her experience affected her life until now. She joined Marie Spark's Pure Potential counselling sessions a year and half ago and she is discovering a lot.

She had relationship struggles

"I don't know how to choose partners," she said. While she's never experienced sexual or physical abuse in her intimate relationships, she's been subjected to verbal abuse. She had a marriage which broke up and a relationship where her partner betrayed her trust.

Her partners have complained about being unable to touch her at nights without her pushing them away.

"There was another time in my life when I couldn't sleep between certain hours," she said. It was during therapy that she made the link that this was the same time her stepfather would come to her room.

She is a jealous partner. If her calls go unanswered there is no convincing her you weren't up to something bad.

She often wonders if she was at fault in relation to the abuse, and she gets upset if she sees a man getting close to a young child.

"I think about it primarily when I see men getting close to some children; it might not mean anything but I cut mi eye after the man or something like that," she said.

"It is as if it really wrecks your life," she said. "I have a little hatred for men, but I'm getting over it."

When she was 20, she found the courage to tell her mother about her stepfather. She asked her why she didn't tell her.

"It was as if she had gone through the same situation and she kept it down. And is now mommy hate man," she said.

Counselling has really allowed Nikki to find a release.

"I possess all the characteristics of a person who has been sexually abused but I thought it wasn't affecting me. One of the worst things we can do is lie to ourselves. I was lying to myself. It was during the therapy session that I learnt to love me, not to be selfish, but to put myself first. So I can give love to others."

She plans on using her experience to benefit others.

"I will break this generational curse. I will be there for my daughters and my son," she said. She has already had a sit-down with her daughters about sexual abuse and she wants to take it further.

" I plan when this is all over and I'm completely healed, to talk at schools, talk to young people, whoever will listen. "