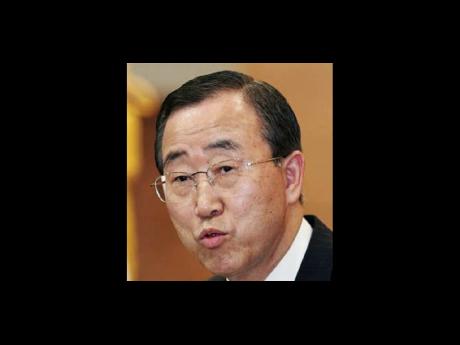 Freedom of expression is a fundamental human right enshrined in Article 19 of the Universal Declaration of Human Rights. But around the world, there are governments and those wielding power who find many ways to obstruct it.

They impose high taxes on newsprint, making newspapers so expensive that people can't afford to buy them. Independent radio and TV stations are forced off the air if they criticise government policy. The censors are also active in cyberspace, restricting the use of the Internet and new media.

Some journalists risk intimidation, detention and even their lives, simply for exercising their right to seek, receive and impart information and ideas, through any media, and regardless of frontiers.

Last year, UNESCO condemned the killing of 77 journalists. These were not high-profile war correspondents killed in the heat of battle. Most of them worked for small, local publications in peacetime. They were killed for attempting to expose wrongdoing or corruption.

I condemn these murders and insist that the perpetrators are brought to justice. All governments have a duty to protect those who work in the media. This protection must include investigating and prosecuting those who commit crimes against journalists.

Impunity gives the green light to criminals and murderers, and empowers those who have something to hide. Over the long term, it has a corrosive and corrupting effect on society as a whole.

This year's theme is 'Freedom of Information: The Right To Know'. I welcome the global trend towards new laws which recognise the universal right to publicly held information.

Unfortunately, these new laws do not always translate into action. Requests for official information are often refused, or delayed, sometimes for years. At times, poor information management is to blame. But all too often, this happens because of a culture of secrecy and a lack of accountability.

We must work to change attitudes and to raise awareness. People have a right to information that affects their lives, and states have a duty to provide this information. Such transparency is essential to good government.

The United Nations stands with persecuted journalists and media professionals everywhere. Today, as every day, I call on governments, civil society and people around the world to recognise the important work of the media, and to stand up for freedom of information.