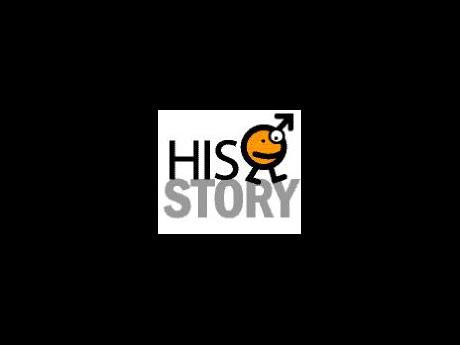 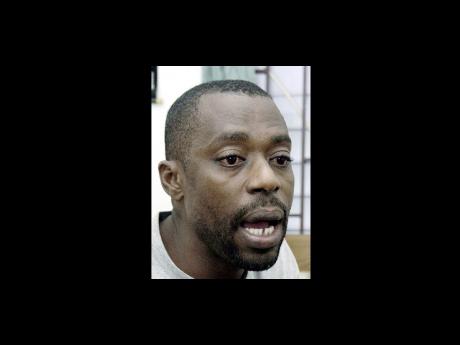 Next Sunday, mothers all over the country will be showered with much love in one form or another as the world celebrates Mother's Day. Next month, there will be Father's Day and, as in years gone by, there won't be much hoopla and hype about it. Some people will not even remember it's Father's Day.

There are many reasons why Father's Day is as low-key as it is, one such being the high level of father absenteeism in the country, for which there are also many reasons, two of which are the diminishing value of men as parents and the exclusion of fathers from their children's lives.

Some people generally see fathers as the ones who provide and protect and not the ones who nurture, which leads to the absence of a bond between father and child. This is according to Dr Herbert Gayle, lecturer in the Department of Sociology, Psychology and Social Work, University of the West Indies, Mona, and chairman of Fathers Incorporated. The non-existence of such a bond is very prevalent right here in Jamaica.

However, for the last 18 years, Fathers Incorporated has been trying to change that mindset. It is working to inculcate within the psyche of the Jamaican people the need for fathers to be more involved in the nurturing of their children.

"We at Fathers Incorporated are convinced that there is a critical third dimension to fathering - nurture. In order for a father to nurture he has to be active in the lives of his children, and be informed about parenting since it is mostly social or learnt," Gayle said in a document released late last year.

"At Fathers Incorporated, while we respect the immense value of mothers, we maintain that both parents are different and critical to a child's development. We believe that a father's nurture is different from a mother's nurture - a mother cannot father and a father cannot mother."

Gayle is an urban anthropologist of social violence, and has done much work in youth, parenting, gender and reproductive health issues. His Doctor of Philosophy degree is in the social anthropology of violence from the University of London, England. As a scholar/ researcher and head of Fathers Incorporated, he has attended many international conferences on parenting.

Last year, he participated in three international conferences "that have raised concerns about positions that seem to diminish the value of men as parents".

Gayle said: "Jamaica is not unique in the act of reducing the role of fatherhood to the two Ps - provide and protect. We are only an extreme case. I should also let you know that the consequences of excluding men from reproductive health and parent nurturing anywhere are catastrophic." According to him, there have been many serious consequences of the diminishing parenting roles of men in Jamaica? Among these dangers are male bleaching, needs-based homosexuality and suicide.

To address these issues, since 2007, Father Incorporated has embarked upon the establishment of a fathers' resource centre.

"We feel that much of our violence and other social problems can be solved by educating the society about the third dimension of fathering, and hence the need for fathers to be completely included in all parenting programmes. The change has begun, spurred by the social panic over our high murder rates. Since 2006 fathers have been central to Parents' Month," Gayle declared.

At the Fathers' Resource Centre, fathers (and mothers) can go and become educated about male reproductive health and parenting matters. Fathers who are experiencing problems with partners and/or children can seek information or counselling; we can operate a help-line to guide fathers (and mothers) to assistance in times of family crises; fathers and their children can go and 'chill' and learn about each other; the public can get answers to change the stereotypes and poor expectations of men as parents; teachers can get resources to speak to their students, especially on boys' day.

Persons and organisations who want to make a contribution to the development of the resource centre may contact Gayle at hsgayle@yahoo.com or herbert.gayle@uwimona.edu.jm; Solomon McCalla, the deputy chairman, at CSO PO Box 8626, Kingston, Jamaica, W.I., 977-0315/977-6267 or fathersinc@mail.com; or Professor Barry Chevannes, founder and executive adviser, at the Mona School of Business at977-6976.

While the centre at 4 Ellesmere Road, in Half-Way Tree, is not fully operational, work has already begun.

"Our aim is to have a full centre, but we cannot wait. We have begun expanding Fathers Incorporated to address the male crisis we face - as we cannot sit by and watch men kill themselves and their families," Gayle said.

Some of the serious consequences of the diminishing parenting roles of men in Jamaica:

Twenty-one per cent male intake at the University of the West Indies, Mona, in 2007. "We are certain that when the father is absent boys are more likely to be pulled from school to hustle to support the family. This is not merely an economic issue. Boys become 'child fathers' in their fathers' absence and some even feel compelled to sacrifice their education to ensure their sisters attend school."

According to the 2009 Human Development Report, Jamaica has the second worst male education participation in the entire world (only Lesotho is worse). This cannot be changed without the inclusion of fathers.

High levels of anger towards mothers. "We are finding many young men who hate their mothers. In a project recently at Children First Agency some young men had to be taught to refer to their female parent as 'mother'. Almost all the hustling juvenile males we have studied describe their mothers as 'parasites' or 'burden' or express some sort of extreme anger towards them. Clearly young males are not happy to be the family's sacrifice."

Increasing male suicide and murder of family. "A year ago, I decided to check on four cases of men who had killed their families and then themselves ... They had the same 'script': male shut out of family, made to think he is not a man because his earning power was affected by some incident, woman moves to find another man with earning power in order to survive - disadvantaged man explodes."

Male bleaching. "One of our most recent finding at Mona (a master's student by the name of Angella Harris is to be credited) is that inner-city youths (mostly those without father supervision) are bleaching to attract older employed females. While this might be seen as a joke to many, it is an indicator of the level of desperation of male youths in this male-hostile environment. It is a sign of males giving up. We are certain that young men are less likely to show signs of giving up when the father is active in their lives."

Needs-based homosexuality. "In 2000, in a research, inner-city young men broke down to a female research assistant and expressed tearfully that it would have been better if they were born females. Recent research is showing that large numbers of young men without fathers' guidance and support are turning to homosexual men for support."