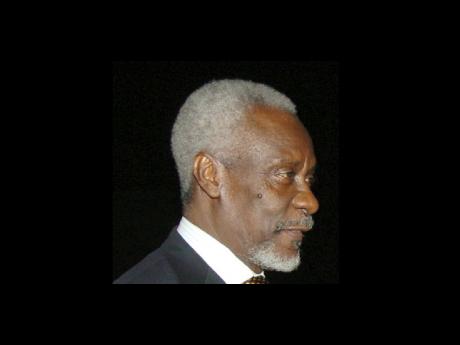 Former Prime Minister P.J. Patterson has lauded the West Indian Social Club of Hartford on its pre-eminent place in the revitalisation of that New England community and its role in promoting social cohesion in Connecticut.

Patterson, the CARICOM envoy for Haiti, was delivering the keynote address at the gala 60th anniversary of the club which serves the entire West Indian community in Hartford.

He remarked that the members of the club had worked to develop in individual members of their community "an appreciation of 'otherness' a sense of responsibility not only to self but to others, 'true respect for all'... " . He went on to celebrate the pioneering role the club had played in creating the conditions in which Hartford is currently experiencing growth and regeneration.

According to Patterson, the use of sports and the determination that all would be included had even inspired the New York police department which was using that blueprint in the creation of a "cricket league for young people as part of their outreach programme to reduce tensions among various ethnic groups".

In a wide-ranging address, Patterson congratulated the club for its successes over the 60 years since its founding and noted that its remarkable achievements had also spawned and nurtured four other Caribbean entities: the West Indian Foundation of Hartford; The West Indian Independence Celebration organisation (which operates West Indian Week); The Cultural Dance Troupe of the West Indies; and the Greater Hartford Lions Club.

Patterson challenged the group to use their expertise and experience in spreading that culture of excellence throughout the Caribbean diaspora and back home to their native lands.

The former prime minister was speaking in Hartford after delivering an address at a special session of the Organisation of American States, at the House of the Americas in Washington, DC, in his capacity as envoy to Haiti.