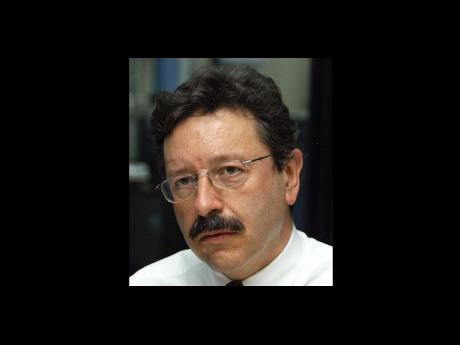 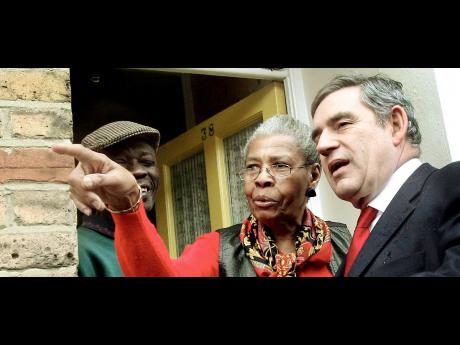 British Prime Minister Gordon Brown meets local residents during a visit to Dulwich and West Norwood in London yesterday. Britain goes to the polls in a general election May 6. - AP
1
2

On Thursday May 6, the British electorate will go to the polls. What it may mean to the Caribbean, its large community in the United Kingdom and how the attitudes towards the region of the three main parties vary, is the subject of three articles. They look at the challenges facing Britain, the policies of the Labour, Conservative and Liberal Democrats towards the region, and how the election result may affect Jamaica, the region and its Diaspora in Britain.

The outcome of Britain's 2010 election is uniquely uncertain. In a nation in which opinion polls normally forecast with a high degree of accuracy the result, they all suggest that no single party will have a clear majority or that the margin is too close to call. The consequence may be that to govern effectively, the Labour Party will have to enter into a coalition with the Liberal Democrats and agree a deal linked to electoral reform, or the Conservatives may end up in some sort of accommodation with nationalists, independents and others.

To understand how this has come about it is necessary to understand that the UK electorate has fallen out of love with its political class and that the Conservative and Labour parties can no longer rely on their core support or the pre-eminence of the two-party system. This is because of widespread public outrage at the way in which members of parliament have exploited their expenses; disillusion with the rise and rise of career politicians; a narrowing in the philosophical approach between the main parties that makes one largely distinguishable from another; and the growth of support for parties that propose extreme solutions on issues such as migration or the UK's relationship with Europe.

The consequence has been an unusually large number of floating, disinterested or 'won't vote' voters and a thirst for a new kind of politics. To almost everyone's surprise, two weeks ago change was suddenly on offer. Then the young leader of Britain's third main political party, the Liberal Democrats spoke in the first-ever television debate between party leaders, galvanising the electorate and causing an overnight surge in support for his party and a dramatic rise in voter registration, particularly among the young.

Irrespective, whoever forms the next British government will have to face an as-yet-unresolved budgetary crisis that will involve a cut in public expenditure of at least US$24 billion by 2014 if the UK is to begin to halve a US$42 billion deficit, caused first by profligacy, and then by the borrowings required to survive the 2008-2009 financial crisis.

For its part, the electorate is under no illusion that this means severe cuts in public expenditure and/or tax increases, but no party leader has been prepared to spell out the detail of what this means in practice for fear of losing the popular vote.

Despite this, studies undertaken by the Institute of Fiscal Studies, a respected think tank, and the Financial Times, make it clear that savings on this scale would require: a very large cut in public-sector expenditure; freezing social security benefits; means testing aspects of the social service provision; abolishing a range of benefits given to the elderly; slashing military spending by around one third; and cutting spending on prisons, road and rail transport, schools, and teaching. Or, if as most politicians believe, cuts on this scale would mean political suicide, taking an equally damaging approach that balances cuts with increases in value-added tax, income tax and corporate and other taxes.

All this may sound familiar in Jamaica, but in the UK's case addressing a budget deficit on this scale will undoubtedly touch the Caribbean as well.

At a macro level, Britain will have no option other than to change the way it positions and presents itself in the world and, by extension, the way it relates over time to the Anglophone Caribbean and the region more generally.

Britain has to have a defence review and it is likely, especially if the Conservatives win power, that there will be an accompanying foreign policy review. Both will be driven by cuts in spending. Already, defence think tanks are questioning how Britain will deliver its defence responsibility for its overseas territories of which there are five in the Caribbean and which effectively lock the UK into the region. Consideration is also likely to be given from 2011 on to cuts in British diplomatic representation in the Latin American and Caribbean region and to the UK's trade promotional activities; and despite what has been said by the Labour and Conservative parties on ring fencing support for development, the Caribbean may well see almost all remaining bilateral programmes translated into UK funding for multilateral agencies managed out of Europe, North America or the region.

In all these respects Jamaica may suffer less than its neighbours. This is because of the range of common concerns on which Britain has been able to work jointly with successive Jamaican governments.

Despite this, both shadow Conservative ministers and ministers in the outgoing Labour government point out that no one in the region should be under any illusion. The Caribbean is a friend but is not central to the UK's fundamental national interest. They are, they say, prepared to be supportive to a point, but the pressure of budgetary constraints may mean that within a year of the election whole areas of the world may not receive the same attention as was previously the case.

David Jessop is director of the Caribbean Council. david.jessop@caribbean-council.org The next column will address the likely effect on the diaspora of the three main parties' approaches to issues such as migration and air passenger duty and the possible future role of those connected with the Caribbean standing as parliamentary candidates for the three main parties.