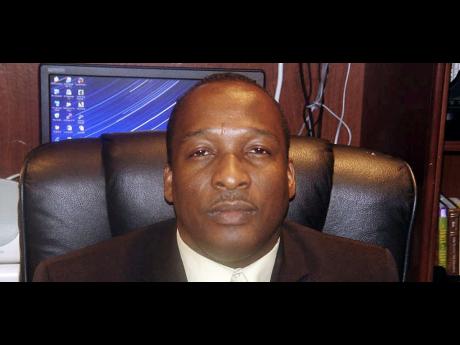 Recently published reports have shown that Jamaica is in a terrible economic state, and that only two other countries are in worse economic positions than Jamaica. For Jamaica, which was once one of the leading Caribbean islands, to now be found in that situation is not only embarrassing, but it reveals how poorly the nation's resources are being managed.

Now, for real change to take place and result in economic growth, reformation must begin in and with both political parties. But new wine cannot be poured into old wineskins. The by-laws and constitution that govern our political parties are archaic, and stagnate the nation.

If anyone within and outside the political parties tries to bring positive change for the poor, he/she is hindered, banished and discredited. Where there are only two options within a nation, then something is wrong and there is a foundation problem. These two options are committed only to their potential earnings and rewards.

Second Corinthians 10: 3-6 says, "For though we walk in the flesh, we do not war according to the flesh. For the weapons of our warfare are not carnal but mighty in God for pulling down strongholds, casting down arguments and every high thing that exalts itself against the knowledge of God, bringing every thought into captivity to the obedience of Christ, and being ready to punish all disobedience when your obedience is fulfilled."

The stronghold that controls the minds of the people, causing them to only see two options needs to be broken. There are so many resources in Jamaica that could cause us to be on top economically. The Esau type of political system needs to go, that they will no longer give up the nation's resources for temporary material things.

There are six herbs in Jamaica that can bring millions to the nation (legally) in addition to many other 'bushes' and leaves such as the breadfruit tree leaf. There are minerals, gold and natural gases. The government should be pumping millions into the Scientific Research Council and giving scholarships for students to study science, ecology and business-related subjects, so that the resources can be discovered and kept in the country, for the country.

We cannot build the economy solely on tourism. That is like building on sand - people can choose to visit other countries at any time. What they need to do is develop local tourism first so that it does not cost Jamaicans more to visit the local attractions than it does a visitor, while those in charge hide behind exchange rates.

The Government needs to encourage small businesses and give them a three-year reprieve from some taxes, charges and fees, allowing them time to build a foundation.

As a tropical nation, the country must take advantage of the wind and the sun, and embrace and harness solar power as a source of energy that is affordable to Jamaicans.

The Government must set up more hospitals in the country and encourage the Diaspora to use our more affordable but higher quality health care. Our doctors can then give a tithe of their time to help the poor.

Reform the army to play a more active role in nation building. The army has all the resources to be self-sufficient. Shelve the plan to shut down the Cross Roads base. Instead, make the Moneague base an international-standard mini golf course and tourist attraction. Also, have the engineering section help to build houses for the poorer class. Instead of having a police reserve using civilians, give the army the power to arrest. It allows for better control on the part of the authorities.

Build more cultural centres and schools for training those more artistically inclined - Jamaica has some of the best hair stylists, designers, cosmetologists, dancers, singers and actors. Pay the retired civil servants, teachers, police and military personnel - all with integrity - to teach these young people.

There are earthquakes worldwide, Jamaica can capitalise on that by training more people in construction because the need for such persons worldwide will be great!

Apostle Steve Lyston is a biblical economics consultant and author of several books, including 'End Time Finance' and 'The New Millionaire'.