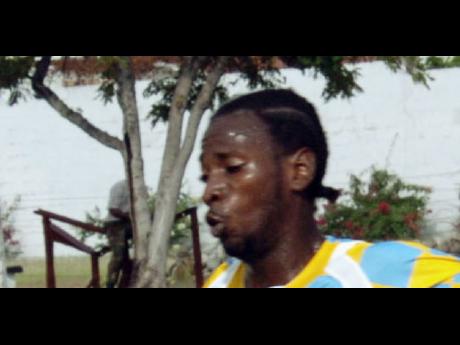 There is still all to play for in the Eastern Confederation Super League finals after York and Benfica played out an intriguing 1-1 draw in the first leg at the York Sports Complex yesterday afternoon.

With a spot in the Digicel Premier League play-offs up for grabs, both teams will need another 90 minutes to separate themselves with the second leg scheduled for Drax Hall next Sunday.

The visitors enjoyed the better of the opening exchanges and appeared far more relaxed than their hosts, who seemed short of ideas.

Despite playing second-fiddle to their St Ann based rivals, it was York who had the first real opportunity, in the 10th minute, but striker Kemar Smith ran out of ideas in the penalty box after skilfully disposing of his two markers.

Benfica, nontheless, continued to tighten the screws early on a nervous-looking York outfit and twice went close to scoring.

Midfielder Craig Gordon was gifted with a glorious chance in the 32nd minute, but he fired wide from inside the box when it was probably easier to score. A minute later, Lacon Brissett fired high and wide from the edge of the penalty area.

York, who waltzed into the finals after a 10-2 aggregate drubbing of St Ann Bauxite, slowly clawed their way back into the game.

They really began to get into their own as the second half progressed, settling nicely into their trademark passing routine.

They finally got something to show for their increased grip on the game when the fleet-footed Smith scored by placing a shot out of the reach of goalkeeper Rauel Wilson in the 71st minute.

Benfica found a reply shortly afterwards through a Brian Wollaston free kick, which was taken from the edge of the penalty box in minute 78, as both teams left a lot to be settled in the return leg.