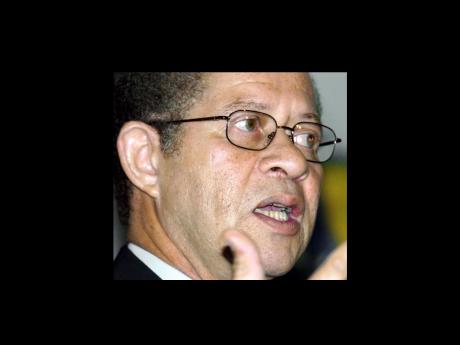 Prime Minister Bruce Golding says getting Jamaica's priorities right trumped the pride associated with having a national airline in determining the fate of Air Jamaica, whose operations were taken over on May 1 by Trinidad and Tobago-owned Caribbean Airlines Limited (CAL).

Golding, in a statement issued by Jamaica House, said a huge debt burden, rising costs and increasing competition were all factors that led to the end of Air Jamaica.

"Many airlines have gone under, and in our case, keeping Air Jamaica flying has placed a huge burden on Government's scarce resources only made worse by the global recession," said Golding.

Air Jamaica had been saddled by more than US$1 billion in debt.

"We have to get our priorities right," the Prime Minister said.

"We have to eliminate our fiscal deficit and reduce our borrowing, so that interest rates can come down and the economy can be given a chance to achieve real growth ... The Government has had to take the regrettable but inevitable decision that it could no longer provide the financial support required to keep Air Jamaica flying."

However, Golding said Jamaica was fortunate to be able to transfer the majority ownership to CAL, a regional airline, which will operate the routes that are of the greatest importance to Jamaican travellers, the diaspora and tourist visitors making connections to Jamaica.

"The Government of Jamaica will have minority ownership in all of Caribbean Airlines, not just the Jamaican operations, but will not be required to absorb any losses or provide any capital," Golding said.

Kingston will have a 16 per cent stake in CAL as part of the merger agreement.

More than 1,000 former Air Jamaica workers will be employed during the transition period that is expected to last up to a year.

"The transition for some will be difficult but the government is prepared to assist in providing whatever support we can," Golding said.

"This is not necessarily the end of the dream that led us to create our own airline in 1968 ... Let us use this as an opportunity to place our country firmly on a path to fulfilling that dream, where our people can enjoy a way of life that will be the greatest source of our national pride," he said.