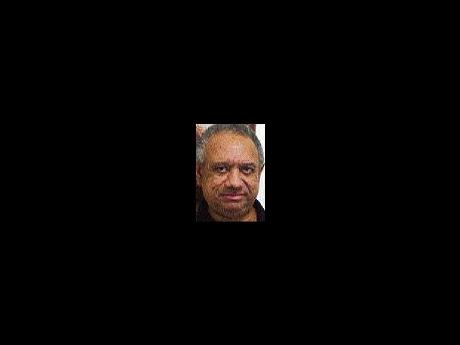 I've always believed that in the 1820s, had Don José Carreras Ferrer decided to blend strains of marijuana instead of tobacco, ganja would be legal today.

After all, neither health nor sobriety was the concern when the Carreras brand achieved prominence in the 1850s under his son, Don José Joaquin Carreras, who discovered the wonders of blending tobaccos with snuff. I'm struggling to discern the essential difference among snuff, cocaine or ganja, all addictive drugs. "Snuff" is ground or pulverised tobacco inhaled or "snuffed" through the nose like cocaine for an intense "high".

Unlike ganja or cocaine, snuff flourished in the 1700s/1800s as the elite's leisure activity of choice considered so much more elegant than smoking which was considered an unpleasant, lower-class habit. It's interesting that, in the 1700s, Gentlewoman's magazine was encouraging the English aristocracy with ailing sight to use a specific type of Portuguese snuff because "many eminent people had cured themselves so that they could read without spectacles after having used them for many years." Yet, at the same time, John Hill, an English doctor, issued warnings that the overuse of snuff was linked to nasal cancers. Familiar dichotomy? How did Governments resolve the dilemma? Taxation, naturally. Snuff's image as an aristocratic luxury attracted the first US federal tobacco tax in 1794.

So, why did Don José II use snuff instead of marijuana to make his famous blends? Cannabis had been in use in the world from as far back as the third millennium BC. No doubt, labourers building the pyramids around that time found it very useful indeed. Cannabis was also used thousands of years ago by the ancient Hindus of India and Nepal. The herb was called ganjika in Sanskrit, a Holy language of Hinduism and Buddhism. The ancient drug, soma, mentioned in the oldest sacred Hindu texts (The Vedas) as a holy intoxicating hallucinogen, is thought to have had its origins in Cannabis.

Maybe Don José, a Spanish nobleman forced to leave Spain as a political refugee who relocated to London where he established the 'House of Carreras', knew not of cannabis, a plant more indigenous to Central/South America than Europe. But the Hindus knew it and used it, so maybe he was simply applying good commercial sense to the fact that snuff was already the British aristocracy's luxury drug of choice. Perhaps he relied on "If it ain't broke, don't fix it!"

His famous blends of tobaccos and snuff became legend in Europe. To this day, a floral scented snuff called "English Rose" is provided for members of the British House of Commons at the public's expense because smoking in the House has been banned since 1693. A famous silver communal snuff box kept at the entrance of the House was destroyed in an air raid during World War II. A replacement was subsequently presented to the House by Winston Churchill. Carreras remained a private company until 1958 when it merged with Rothmans of Pall Mall (pronounced "Pell Mell" please). In 1972, further mergers with other tobacco interests created Rothmans International.

Alas, our indigenous herb has not met the same fate. Despite its well documented curative value (if properly used) it is still a 'Dangerous Drug'.

Yet tobacco, which, blended with nicotine, is the acknowledged cause of heart disease and many cancers, remains an accepted pastime. Health nuts clamouring for smoking bans must be satisfied with microscopic warning labels that few can or do read.

And the killer alcohol continues to be freely consumed by all the "right people". This addictive, mind-numbing drug has caused millions of deaths in the blood of drunk drivers and angry domestic partners. But any suggestion that alcohol be criminalised is treated as blasphemy. It's still "cool" to over-consume - a habit often treated with a casual humour that the jet-set find hilarious but mothers of children killed by drunk drivers find tasteless. The legendary Frank Sinatra, macho as always, once said: "I feel sorry for people who don't drink. When they wake up in the morning, that's as good as they're going to feel all day." Ha ha!

Tell that one to a 12-year-old girl from a broken home with an alcoholic father who drove her from Liguanea to Portmore every Friday evening for a weekend "visit" in such an alcohol-induced stupor that he'd fall asleep before reaching the causeway. The car drove itself the rest of the way with the passenger seat occupied by a little girl frozen with terror. Very funny, Frank.