Total goodness at Evening of Excellence 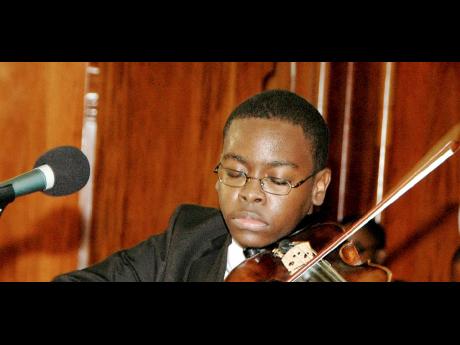 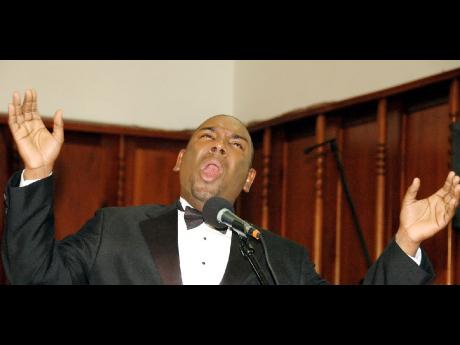 Baritone Franklin Halliburton performs at 'An Evening of Excellence: Surely Goodness' at the UWI Chapel on Sunday. - photos by Colin Hamilton/Freelance photographer
1
2

In the words of Silton Townsend, "When music, elegance, creativity and intelligence are woven together, there is only one word to label such tapestry - and that is excellence." That was how Townsend began his welcome speech as the MC at the 11th staging of The Andrews Memorial Seventh-day Adventist Church's 'An Evening of Excellence: Surely Goodness' on Sunday at the University of the West Indies Chapel.

The programme items ranged from traditional spiritual to classical spiritual and were presented through vocals and instruments. Each performance, upon conclusion, was given the appropriate rousing applause from the capacity-sized audience.

Leading the instrumentalists were members of the Jamaica Military Band. Dressed in scarlet vests over white shirts and black pants, the band members opened the programme with a brief but powerful fanfare. This was followed by the playing of the National Anthem and the first of two acts on the programme. It came in the form of the Elaine Paige and Albert Shaun Hird-arranged I Know Him So Well and a favourite of many, Ray Boltz's I Pledge Allegiance. In its second appearance, the Jamaica Military Band gave another splendid performance of Kathy Troccoli's Carry Your Candle and Finlandia.

Organist Dwight McBean, barely visible from the back rows of the chapel, had some members of the audience rocking to Bach's Jesu, Joy of Man's Desiring and John Stanley's Trumpet Voluntary, while pianist Yanique Leiba-Ebanks captured the sounds of revolution in Frederic Chopin's Revolutionary Etude.

Young violinists Jessica Yap and Kester Reid also made significant contributions. Reid gave a creditable performance of Christoph W. Gluck's Melodie. But the UWI social-science major was much stronger when he performed Edmund Severn's Polish Dance in the second segment of the concert.

Yap was in a class by herself. After greeting the audience in a tone of voice that belies her physical appearance, she, with support from accompanist Annne Turdeon, thrilled the audience with a dazzling display of skill and energy with Felix Mendelssohn's Violin Concerto in E Minor (Op. 64). Her display of classical firework ultimately translated into a standing ovation. Later, when she returned to the stage, Yap's performance of Pablo De Sararate's Malaguena (Op. 21) and Zapaleado was just as brilliant.

Andrews Memorial Church Choir's rendition of Andrew Marshall's Psalm 23 was heavenly. And in the closing item of the programme, the choir sang Battle Hymn of the Republic (known by some as Glory, Glory Hallelujah) with conviction.

However, while the concert lived up to its title in performance, the permanent placement of the Jamaica Military Band onstage resulted in the other instrumentalists performing to the right of the stage, and thus were blocked by the majestic columns of the chapel.

"It is a concern we had," Oswald Smith, who conceptualised and organised the event, told The Gleaner.

Smith also explained that the usual Mother's Day date was changed to a pre-Mother's Day one to allow the performers, some of whom are regulars, the opportunity to show some appreciation to their respective mothers on that day.

An Evening of Excellence: Surely Goodness, is one of The Andrews Memorial Seventh-day Adventist Church's outreach programmes. And like all such past events, a number of charities will benefit from the proceeds of the show. They include the Maxfield Park Children's Home and the Good Samaritan Inn for Street Boys. The people of Haiti will also be among the beneficiaries this year.