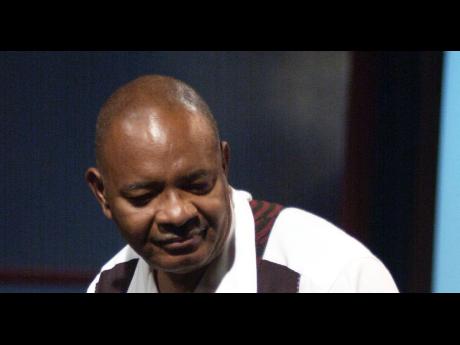 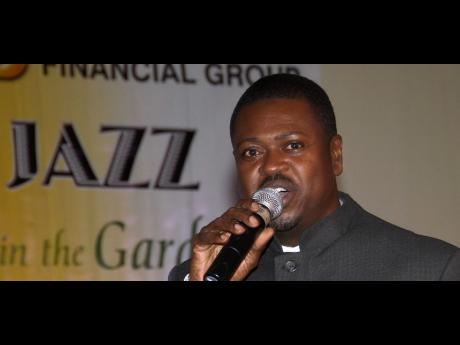 It was 32 years ago in the gardens at The Jamaica Pegasus, New Kingston, on Friday night, as the Jamaica Association of Vintage Artistes and Affiliates (JAVAA) celebrated 'Motown 78'.

The impersonation-style retrospective, in a tried and proven format which the organisation has used previously, gives the opportunity for performers to play dress up, as they represent various superstars, which many did. It also gives them leeway to twang away, which many also did, to the delight of an audience which grew to occupy about three-quarters of the numerous chairs laid out at its post-intermission peak.

But behind the wigs, the outfits and the 'haccents' there is no compromise on the quality of what is delivered. And it also gives the performers, starting with the Fabulous Five Incorporated Band, which supported all the impersonators as 'The Bar-Kays', a great chance to show their versatility, which they did, making for a good night of mainly R&B fare.

So after The Bar-Kays opening salvo, it was good music (with some impersonations naturally being better than others), from Elvis Presley through to Michael Jackson, with Dusty Springfield, Teddy P, Engelbert Humperdinck, The Righteous Brothers, Chuck Jackson, Diana Ross, Eddie Kendricks, The Ventures and more in between. There was a step out of the time warp briefly with good reason, the audience members chuckling mightily as one performer commented that it was their first and last time on Air Jamaica.

Among the combinations of fun impersonation and serious performance which enthralled the audience were Charmaine Limonius as Dusty Springfield, blonde tresses on head and little dress at knee as she reminisced on her encounter with the Son of a Preacher Man. Ian Andrews' voice was well suited to Unchained Melody in Roy Hamilton's style (Don Topping, who was none other than his super smooth self as host, introduced the "operatic soul" singer) and Keith Lyn explored Humperdinck's Winter Land of Love to heat up the audience.

Chris McDonald (who has done Stevie Wonder on previous JAVAA Motown celebrations) does not have Teddy P's deep voice or distinctive facial hair. But he did not lack presence as, decked out in a white jacket, he brought up intermission with one of the night's more extended performances. Love TKO packed a nice wallop, he came off the stage to give close loving to the ladies - who naturally loved him back - and requested Turn Off The Lights to light up the evening.

Junior Sinclair restarted the show as Eddie Floyd and Andrew Cassanova was a wonderful Eddie Kendricks, edging up to a falsetto for One of the Poorest People and dipping into Just My Imagination. Before leaving he remarked that "y'all have the greatest women, the greatest herb, it's perfect".

Then there were the groups which really rocked the house - Ras Mandito and Bagga Case as The Righteous Brothers (You've Lost That Loving Feeling), Peaches and Herb (Jasmine Black and Oliver Smooth) getting close in song and movement on Reunited and almost ready to create One Child of Love.

Guitarist Dwight Pinkney joined the band, which then became 'The Ventures'. That late in the day on a R&B dominated show could have been sorely misplaced, but from the opening notes through to the closing Tequila it was joy.

Ken Bob's falsetto has been in better nick, though he did creditable duties as Smokey Robinson (Second That Emotion, Tracks of My Tears), while The Impressions were Clancy Eccles Jr, Bunny Brown and Lloyd Parkes, assuring all It's Alright from high white chairs and Brown taking a trip into the audience to get close to the women.

The time and space trip ended just past midnight with Michael Jackson (Lynford McIntosh), white gloves, moonwalk and all, wring emotion out of Ben as he went down on his knees. Interestingly, MJ did not go for the overwhelmingly popular tracks in his three-song stint, dancing his way off stage as he had danced his way on.