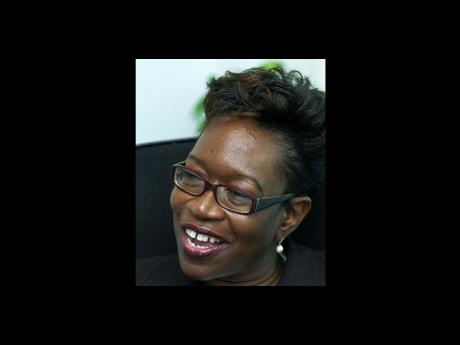 THE TRIAL of former Junior Government Minister Kern Spencer has been brought to a halt, with Director of Public Prosecutions (DPP) Paula Llewellyn taking her fight against a recent ruling by Resident Magistrate (RM) Judith Pusey to the Supreme Court.

Yesterday, Llewellyn turned up at the Corporate Area Resident Magistrate's Court armed with an affidavit from the Supreme Court for a judicial review of Pusey's ruling that she must provide a witness statement about a meeting she had with Rodney Chin while he was still a defendant in the case.

Spencer and his former assistant, Coleen Wright, are alleged to have benefited improperly from the implementation of the Cuban light-bulb programme.

Spencer, who was arrested in February 2008, is facing nine fraud-related charges, while Wright has been slapped with six.

Chin, who, early in the case, was charged alongside Spencer and Wright, became the prosecution's star witness soon after the start of court proceedings.

In her application for the judicial review, which was granted on April 29 by Justice Marva McDonald Bishop, Llewellyn asked for an order of certiorari to quash the order made by Pusey that she write a statement disclosing the "substance of an interview" conducted in September 2008 between her and Chin.

Llewellyn asked that the order be nullified, arguing that the move by Pusey was unlawful and/or unreasonable and was in breach of Section 94 (6) of the Constitution. The section relates to the issue and procedure of removing the DPP from office for inability or misbehaviour.

Llewellyn also contended that Pusey could not compel the DPP to write a witness statement.

Llewellyn also argued that she had been "adversely and directly affected by the decision of the RM (which) will result in the applicant (Llewellyn) having to recuse herself from her prosecutorial responsibilities, which would prejudice the prosecution and adversely affect the public interest".

This latest development comes after Pusey ruled on April 16 that Llewellyn had to produce the notes after about two weeks of complaints and arguments by the defence.

The defence had argued that Llewellyn should turn over notes Chin testified he saw her taking during a meeting she had with his lawyers, Richard Small and Heron Dale, Superintendent Fitz Bailey, head of the Organised Crime Investigation Division, and Detective Inspector Carl Berry.

The defence, which decried the move by Llewellyn yesterday, said it was imperative that it examine the notes in order to prepare effectively for the trial.

Llewellyn had protested Pusey's April 16 decision, saying she had no notes and that she would not write any.

On April 20, Pusey and Llewellyn locked horns after the DPP refused to hand over the notes. Pusey, who was peeved at Llewellyn's stance, warned her against disobeying the ruling. The case was adjourned until yesterday.

The move by the DPP yesterday, however, did not sit well with the defence, who described it as "scandalous" and a "vulgar attempt to appeal a ruling".

"What is surprising to me is the way it was done. Without serving us, since we are interested parties in the case, without telling us what they were doing, they went behind our back and made an application in chambers and got an order, which affects our clients, without their participation and without their lawyers having a clue," defence attorney Patrick Atkinson complained.

The hearing of the review will start on June 17 in the Supreme Court, where Pusey will have to defend her ruling to the Judicial Review Court. The case in the Corporate Area Resident Magistrate's Court will be put off until June 18, pending the outcome of the judicial review.