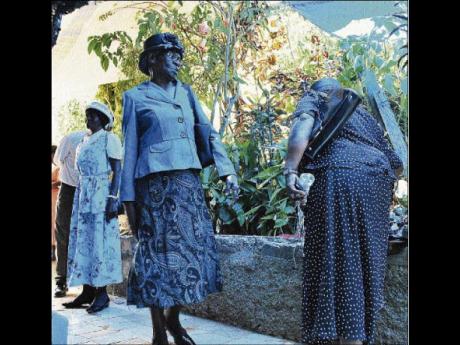 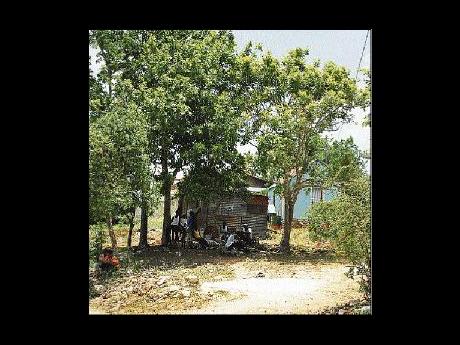 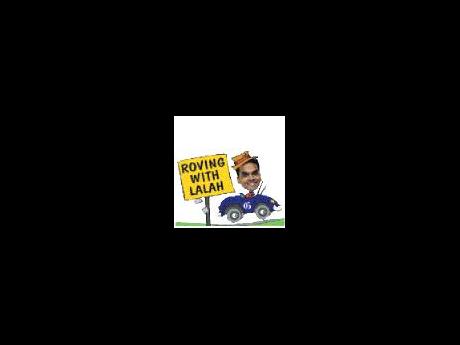 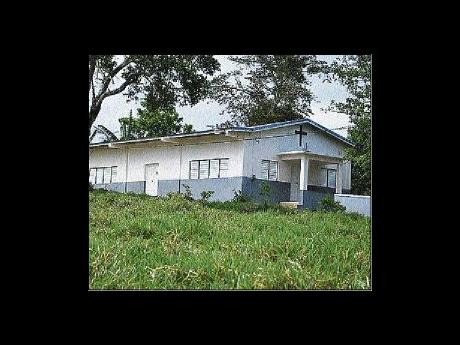 It's early afternoon on a Sunday and there are still a few stragglers who have yet to make it to service at the Redemption Faith Tabernacle in Sterling, St Ann. Now Sterling is by no means a large community so it's easy to pinpoint those dodging worship. Pastor Allen, a wiry woman in the twilight of her days is not amused, and is walking the streets with a frown, seeking to accost all offenders.

In the shade of some trees near a house not far from the road, a handful of men, maybe seven of them, quite content with lazing the day away, spot Pastor Allen on her way up the road.

"Yow, see Pastor a come deh!" shouts one man and the group disperses with impressive speed.

"I see unuh!" yells the approaching woman, quickening her steps. "I shall be praying for unuh! I know all of yuh! Run if yuh want to run, but is alright, I know all of yuh and will be seeing yuh very soon!" says Pastor Allen, waving her fist. It's unclear if the men heard her threats though, as by then, they had all disappeared.

"Run from me? Tan deh! When di roll is called up yonder there shall be no place to run," Pastor Allen says in a more subdued tone.

The woman takes a moment to adjust her hat and spectacles then turns around. A large crowd has gathered at a house on the other side of the road. A few members of the church congregation who attended early services are there visiting family members of an elderly man who recently passed away. The funeral service was held only the day before so the family, well, most of them, stayed away from church on Sunday, perhaps tired from the activities of the day before. Pastor Allen though, hardly regards that an acceptable excuse. She walks over to the gathering, mumbling. "Yes, I am here to see that all is well, though all can also be well in the House of God."

It was in this crowd of well-wishers that I came across Daffany, a middle-aged woman with large arms and short, red hair. Having spotted Pastor Allen outside, she moved to the veranda of the house to have a seat. I sat beside her.

"How yuh do man?" she asked with a smile. I returned the greeting and asked the woman if she knew much about the community of Sterling. "Yes, man. I was born here. I know it very well," she said.

I asked Daffany if she knew how Sterling got its name. "Tee hee! No sah! This place is here long before me, I didn't name it," she said. I didn't press any further. I asked her what life was like there. "Oh it alright man. Is mostly farming people live around here. Some people raise goat and pig and so on. Is not like in the town part dem. Life in Sterling is quiet and cool," said she, grinning.

She looked over my shoulder to Pastor Allen, who was slowly making her way closer to the veranda. "Di only ting yuh have to do is make sure yuh do what yuh have to do, for sometime feisty people will try embarrass yuh," she said, shifting in the chair. "Anyway, have mi excuse, I leave someting inside," said Daffany before getting up and disappearing inside the house.