UK Election won't give much to Caribbean 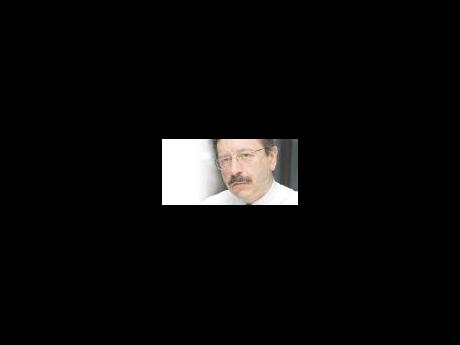 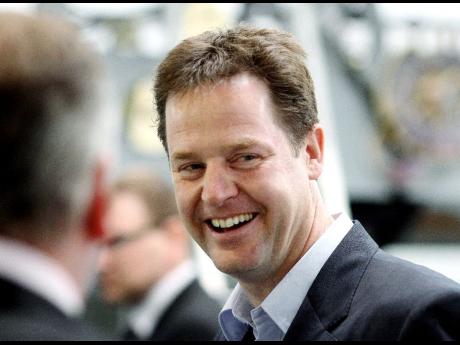 Liberal Democrat leader Nick Clegg talks to staff members on a visit to clockmakers Smith of Derby, England, during a general election campaign visit to the region, Friday, April 30. 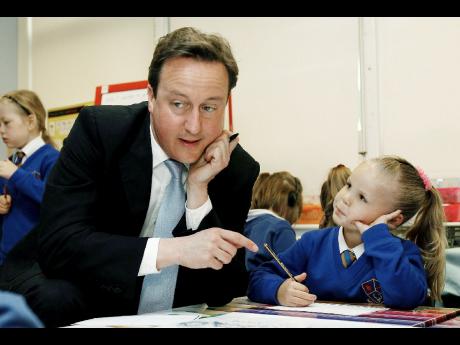 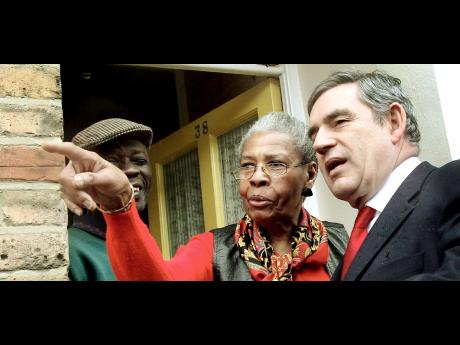 When the United Kingdom (UK) election takes place on May 6 it will be the first in which Jamaican and Caribbean community activism may have an effect on its outcome.

Research undertaken before the election shows that in Britain's main cities there are up to 35 constituencies where the number of individuals who declare themselves in the national census as being of Caribbean origin exceeds the majority of the sitting member of parliament (MP). While this does not guarantee that diaspora votes will uniformly be cast in one or another political direction, it does suggest that involvement by the community on issues that matter to them and to the region can cause all three parties to take more notice of the Caribbean vote.

One consequence has been that the Labour Party, albeit slowly, has come to recognise since the end of 2010 that it can no longer rely on its once rock-solid support from the Caribbean diaspora. What has been clear from the campaign on Air Passenger Duty and in meetings organised in British cities for the Caribbean community, there is a strong sense in the community that Labour has, for too long, taken Caribbean voters for granted. Acting on this just before the election, the party established a Labour Friends of the Caribbean group, the first meeting of which was attended by hitherto uninvolved Cabinet ministers who offered support over Air Passenger Duty and other issues of concern to the community.

A much broader outcome of community action has been the production by Labour and Liberal Democrats of what are described as 'Black, Asian and Minority Ethnic' manifestos that aim to identify policies designed to appeal in relation to race, equality, migration, development policy and other issues of concern. However, despite the Conservative party fielding 43 minority candidates, the Labour Party 53 and the Liberal Democrats 43, the long established and politically active Caribbean community is still not as well represented as the Asian community in Britain. Moreover, pollsters suggest that given the three-way voting split in the 2010 election, the final result may see little change in the numbers of MPs in Parliament who can identify with the region, although there may, for the first time, be at least one Conservative who has family links to the Caribbean.

In terms of policies that touch the region, the Conservative and Liberal Democrats have said that they will repeal Labour's controversial and discriminatory Air Passenger Duty that places the Caribbean in a higher tax band than the United States. The Conservative Party intend introducing, probably in 2011, a per plane tax aimed at encouraging a switch to fuller and cleaner planes. They have said they would consider basing this on the actual distance flown and possibly on the fuel efficiency of the aircraft used. The tax would be extended to include cargo planes which are currently exempt. The Liberal Democrats have said much the same. They would also move to a per plane tax and include pure cargo carriers in order to encourage airlines to fill flights although how airlines would manage this approach in terms of ticket prices is far from clear.

All three parties have policies on migration but it has been for the most part a difficult issue that all politicians other than those on the far right have been trying to avoid in public debate.

Despite this, a reading of party manifestos indicates that Labour's policies include the continued use of a points-based system to manage immigration; tightening the criteria for acquiring probationary citizenship; and introducing an identity card scheme for migrants and British citizens. The Conservatives would introduce an annual limit for non-European Union economic migrants; establish a dedicated border police force to undertake more stringent immigration controls; and change the basis for students entering the UK to study. For their part, the Liberal Democrats would introduce a regional points-based system with a view to ensuring that migrants are only able to work where they are needed; increase enforcement activity; and reintroduce exit checks at all ports and airports.

Importantly for the many undocumented individuals in Britain from the Caribbean, the Liberal Democrats would 'allow law-abiding families' to earn citizenship and 'enable illegal migrants who entered the UK up to 2010, who have been in the UK for 10 years, (who) speak English and have a clean record, to earn citizenship'.

In short, the Caribbean and its community in the UK are likely to see very little that is new or beneficial whichever party wins, unless, that is, it can be demonstrated when the results are analysed the Caribbean community vote can be said to have had an impact on the result in one or more of Britain's marginal constituencies.