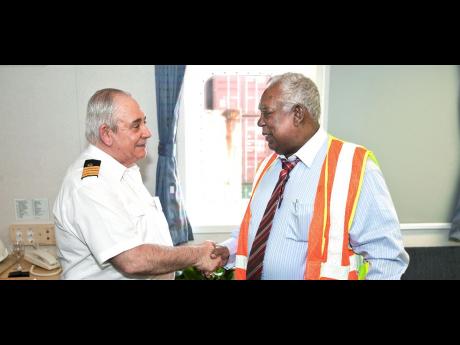 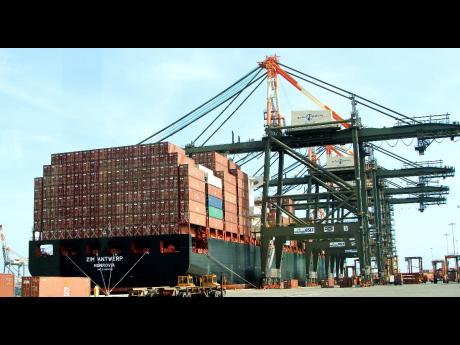 For the second time in three months, work teams at the Kingston Container Terminal (KCT) have produced record productivity on one of the new megaclass of container vessels that have been introduced into service.

Under the command of Captain Shabtai Samaries, the Zim Antwerp which has a capacity of 10,062 TEU (20-foot equivalent container units) paid its second visit to the KCT on Sunday, April 25, arriving from Shanghai and Dashan Bay in China. This visit follows its previous call in the first week of February this year.

Operations on the vessel saw some 9,200 moves at an average of 36 moves an hour, paralleling the productivity when the crews established a record on the previous visit by the Zim Antwerp. The vessel left Kingston for its return to the Far East on April 30.

It is expected that several more of these 10,000 to 12,000 TEU megacontainer ships will be calling regularly at hub ports like Kingston over the next two years. Industry analysts believe that such calls will become even more frequent when the expansion of the Panama Canal is completed in 2014.

As was the case in the first visit, the Zim Antwerp was again brought to dockside in a smooth operation, as all the relevant categories of staff involved in servicing the ship acquire more experience in handling these megavessels.

The 'Zim Antwerp' at berth being worked at dock side. The vessel has a 10,062 TEU capacity.