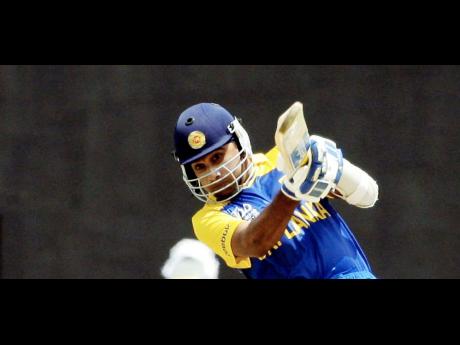 Blessed with a Mahela Jayawardene century and helped by rain, Sri Lanka pulled off a 14-run win over Zimbabwe under the Duckworth Lewis method yesterday to inch closer to the second round of the World Twenty20 Championship.

Winning the toss and choosing to bat at the Guyana National Stadium at Providence, Sri Lanka posted a daunting 173 for seven, with the ultra-classy Jayawardene stroking a magnificent even century.

The former captain, who hit 81 in the first game on Friday against New Zealand, opened and dominated the innings as he dispatched the Zimbabwe bowling to all points of the field, powering his way to his landmark off 64 balls.

He struck 10 delightful fours and four commanding sixes to record the second century of this tournament, before perishing the next ball, holding out to Graeme Cremer at long on off left-arm spinner Ray Price off the last ball of the 19th over.

So influential was Jaywardene's knock, that the only other scores of significance paled in comparison as Thissara Perera scored 23 from 19 balls with one four and a pair of sixes, and Chamara Kapugedera got 13 from six balls with two sixes.

Price finished two for 31 in his spell, while Greg Lamb took two for 34.

What would have been an interesting run chase never materialised as rain after one over and then again after five overs, curtailed the Zimbabwe reply at 29 for one.

Hamilton Masakadza was run out for four in the second over, leaving Tatenda Taibu unbeaten on 12 and Brendan Taylor on 11 frustrated at the wicket. Zimbabwe needed to be ahead of the D/L par score of 43 at the five-over mark in order to win the game.

Sri Lanka will now await the outcome of New Zealand's clash with Zimbabwe in the final Group B match today.