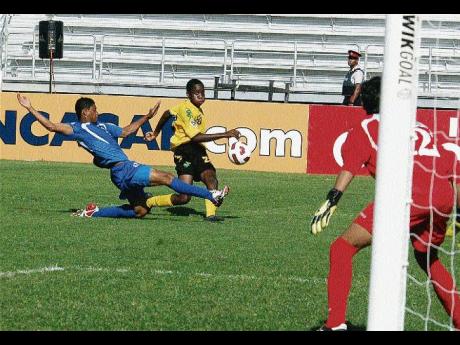 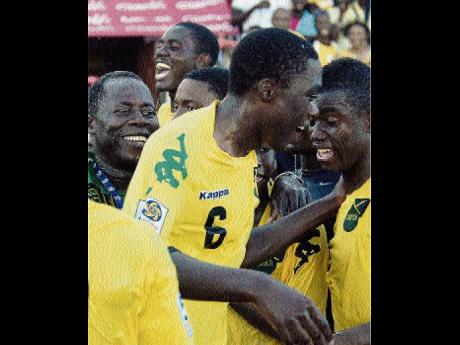 The tournament is still ongoing and the champions are yet to be decided, but, for many, the 2011 CONCACAF Under-17 championship has lost its sting. The primary objective, to produce four qualifiers for this summer's FIFA Under-17 World Cup in Mexico, has already been met.

After 11 first-round games and four quarter-final fixtures, host nation Jamaica, tournament favourites the United States, the fancied Canada and surprise country Panama are the teams that have booked their passage to Mexico.

"Qualifying for Mexico was our first objective," said Jamaica's coach Wendell Downswell. "Whatever happens after that will be a bonus - all the hard work and preparation was about emulating the team that qualified for the 1999 Under-17 World Cup in Mexico."

On the way to fulfilling the dream of the nation, the young Reggae Boyz, who went to an expensive $15 million six-week training camp in Brazil to fine-tune their preparation for the tournament, started their Group C three-team campaign with a 2-2 draw against Caribbean neighbours Trinidad and Tobago then sealed their quarter-final slot with a 1-0 win against Guatemala.

In the quarter-finals, which was the gateway to the Under-17 World Cup, the young Boyz, behind a double strike by prolific striker Jason Wright, brought much euphoria to the nation by scoring a 2-1 win against Honduras.

"We have invested quite a lot in these youngsters and we are happy that they have delivered for the nation," said an ecstatic Jamaica Football Federation (JFF) boss Captain Horace Burrell. "These youngsters represent the face of the future of the nation's football."

For the United States, who have qualified for every Under-17 World Cup since 1985, the tournament has been a good one, despite the earlier complaints by coach Wilmer Cabrera after his team's 3-1 win against Cuba in their opening Group B fixture at the Montego Bay Sports Complex at Catherine Hall.

"The field is bumpy and dange-rous," coach Cabrera stated at the time. "It is definitely not suited for a tournament like this."

Since then, the US have had a lot to smile about as a result of subsequent results including an extra-time 3-2 win in the quarter-finals against El Salvador to reach their 13th consecutive Under-17 World Cup.

"I am just happy for the kids ... this is what they came here for," said coach Cabrera, after his team qualified for the trip to Mexico.

Canada, who started their Group D campaign with a 8-0 trouncing of Barbados, quickly became group favourites especially because of the attractive play of colourful midfielder Keven Aleman who some fans are comparing to the great Argentine Lionel Messi.

After their 0-0 draw against Honduras, which landed them in the quarter-finals, the Canadians qualified for their first Under-17 World Cup in 16 years by sealing their place in the tournament semi-finals with an emphatic 2-0 win against Trinidad and Tobago.

"I am so happy for these youngsters, they really work hard for this," said Canada's coach Sean Fleming. "This success is both a credit to the youngsters as well as the club structure in Canada."

Insofar as Panama is concerned, they did not start the tournament as one of the fancied teams but after drawing their Group B opening game against Cuba 0-0 and then showing good qualities in a 1-0 loss to the United States, they suddenly found themselves 90 minutes away from the World Cup in their quarter-final date against Costa Rica.

To the surprise of many, Panama clipped Costa Rica 1-0, and to the absolute delight of coach Jorge Dely Valdez, Panama qualified for their first ever Under-17 World Cup.

"This is a historic moment for us and I am so happy for the youngsters," said coach Valdez. "This is just so good for Panama's football."

Despite the early disappointment with the Trelawny Multi-purpose Stadium and the diplomatic situation arising from the withdrawal of the malaria-affected Haiti team, CONCACAF has given Jamaica high marks so far for the staging of the tournament.

"We have had challenges but we had challenges with the staging of previous tournaments," said CONCACAF's director of television and marketing, Manolo Zubiria. "In terms of hospitality, this is definitely the best tournament I have been to ... I have never seen this level of friendliness anywhere else."

Jamaica's Shawn-Claud Lawson (centre) fires goalward over the challenge of a Honduras player during Wednesday's CONCACAF Under-17 quarter-final game between the two teams in Montego Bay. Jamaica won 2-1 to advance to the semi-final and with it a place in the 2011 FIFA Under-17 World Cup.

Members of the Jamaica Under-17 team celebrate after their 2-1 win against Honduras in Wednesday's CONCACAF Under-17 game in Montego Bay. Jamaica won 2-1. At left is coach Wendell Downswell.