2010 will be better for Cap and Credit - Campbell 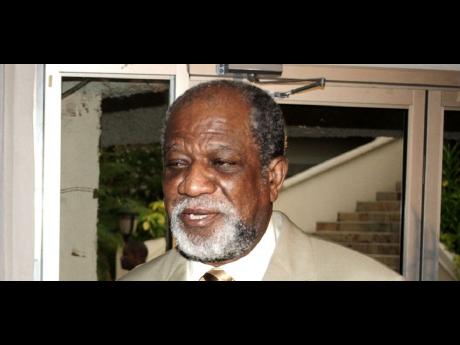 Coming out of a difficult year, Capital and Credit Financial Group (CCFG) says it is now seeing glimmers of hope and expects the company's performance to be much more robust this period.

"Capital and Credit had its challenges during 2009, with margin calls, lots of depositors decided to pull out of Jamaica, real estate loans impacted as a consequence of the decline in the economic situation with lots of incomplete and complete building not sold and we got caught up in some of that," said Ryland Campbell, chairman and chief executive officer of CCFG.

CCFG's loan loss provisions more than tripled at the end of its financial year to J$385 million, up from the J$97 million in the previous year.

But with most of the loans collateralised, recovery for most is expected, said Curtis Martin, CCFG deputy president for banking and investment services and chief executive officer of CCMB.

Martin also said the investment firm had strongly improved its cash position, and would be seeking a bigger slice of the loan market.

"We have increased our cash balance up from J$1 billion to J$2.29 billion and as the group becomes more liquid, we will be in a very good position to allow the banking arm to place renewed focus on the loan market; and we expect to lend to a selective band of high-quality clients," said Martin.

Campbell is hopeful for better performance in the current year.

"Capital and Credit has had its challenges but we have seen glimmers of hope for 2010," he said.

Some of that hope rests in a partnership that Campbell struck with an American investment banking firm, Blaylock Robert Van LLC (BRV) into which the operations of CCFG's Florida subsidiary, Capital and Credit International Incorporated, have been collapsed.

CCFG got a five per cent stake in BRV as part of the merger/acquisition deal, the value of which was not disclosed. It gave BRV a presence in Florida.

"But we expect to move up the chain even faster working with a larger broker where we have now moved our assets to Blaylock Robert Van, and we have already started to see value added that we didn't have before," said Cocking. " ... We now have added lines of business to offer in the Caribbean region."

In mid-January CCFG announced that it signed a letter of intent to form a strategic alliance with BRV. The deal closed in March.

CCFG said it is also seeking out clients for BRV and is in negotiation with three large Jamaican enterprises.