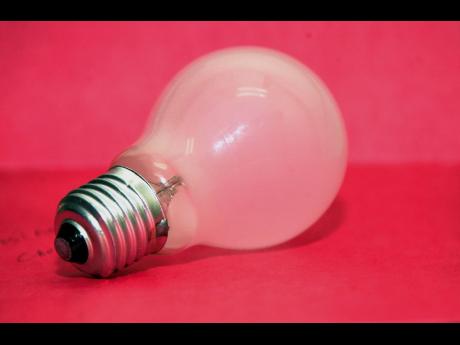 The incandescent bulb sucks energy and pushes up your light bill. - File

Energy company Emera Inc has struck a deal with the parent company of Light & Power Holdings Limited (LPH) for a 38 per cent stake of the company.

Emera, a Canadian company, is paying Leucadia National Corporation US$85 million (BDS$170 million) for the equity stake in the Barbados power company, which becomes its third investment in the Caribbean once the deal closes.

LPH is the parent company of the Barbados Light & Power Company Limited, the sole utility operator on the island of Barbados, serving 120,000 customers, the company said.

"This acquisition is an exciting next step in our Caribbean growth strategy as we begin to build scale in the region," said Chris Huskilson, president and chief executive officer of Emera Inc in a company statement announcing the acquisition.

"BLPC is consistently ranked as one of the top-performing electric utilities in the Caribbean for efficiency, performance and rate structure."

Emera said the deal, which the company expects to close by the end June, will make it the single largest shareholder of LPH.

The other 62 per cent of LPH is locally held by 2,700 Barbadian shareholders including the National Insurance Board of Barbados, which owns 23 per cent.

Emera said it also has a 19 per cent stake in St Lucia Electricity Services Limited (Lucelec), and a 25 per cent "indirect interest" in Grand Bahama Power Company (GBPC).

The Canadian company values its total assets at US$5.3 billion.