The mobile phone and the possibilities for Jamaican farmers 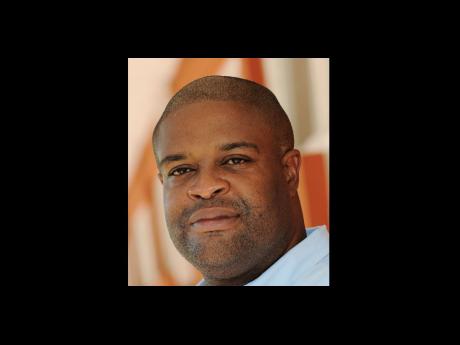 THE GLOBAL information, communication and technology (ICT) industry has evolved at an astonishing pace over the last two decades. One way in which the ICT industry has had a particularly significant impact is addressing food security and agricultural development.

The synergy between the ICT industry and food security and agricultural development (hence-forth e-agriculture), has become a talking point for many donors, policymakers and business elites around the world.

The importance of this synergy has substantially influenced the direction and scope of policy development/ formulation in many developed and developing countries. For example, in the last decade, more and more policy documents related to e-agriculture have included components related to the use of the ICT industry to expand or enhance agricultural sectors.

Jamaica has not been completely left out of this development. As yet, no evidence-based study has been undertaken in Jamaica to explain differences in, and patterns of access and usage among Jamaican farmers. Consequently, last year the Office of the Principal, University of the West Indies, undertook a major research project on food security and agricultural development, which had, as part of its objective to understand how and in what ways the ICT industry, through elements such as mobile phones, computers, email and the Internet, could be used to improve the livelihood of Jamaican farmers.

The findings below are based on a survey carried out last year with various stakeholders in the Jamaican agricultural sector, ranging from farmers to government ministers. The sample consisted of 1200 farmers, representing the widest cross-section of the Jamaican farming community. The survey also included roots and tubers, condiments and legumes or a combination of these crops.

Based on the findings of this study, information, communication and technology is available to Jamaican farmers, though the mobile phone was the most widely accessed and used.

This phenomenon is not surprising, given the level of mobile teledensity in Jamaica and how useful the technology has proven to be in livelihood develop-ment around the world, largely as a result of their accessibility, affordability and portability.

The truth of the matter is that mobile phones are portable. They allow the farmer to operate at any time and anywhere, as they offer fewer restric-tions than the personal computer. This is useful to farmers who are on the go, either in the field or elsewhere, dealing with suppliers and customers.

Emerging research on food security and agricultural develop-ment globally is beginning to indicate that mobile technologies are best suited to farmers in developing countries, especially low-income and uneducated or semi-educated farmers.

The first is a one-way model based on sellers or agricultural intermediaries such as government agencies, non-governmental organi-sations, research institutes or business enterprises, which provide farmers with information via text messaging or voicemail. The second is a two-way model, also based on text messaging and voicemail, as well as conversation between farmers and other farmers,buyers, sellers and agricultural intermediaries.

Based on the technologies and institutions that exist in Jamaica, both models could run simul-taneously and farmers could benefit from the two approaches.

With the first model, extension agencies would collect information regarding the price of products; where products can be sold; where to access seeds, pesticides and fertilisers; where to access credit and future demands for products. Thereafter, they would transmit/ communicate the information to the farmers via their voicemail.

Several examples of the successful use of the mobile phone in farming already exist. These include, FoodNet and the Women of Uganda Network in Uganda, Cambodia-Canada Market Informa-tion Project, Xam Marse in Senegal, KACE in Kenya and the Huraal Network in Peru.

These initiatives provide farmers with critical market information regarding the price of products via voicemail and/or text messages.

Regarding the second, farmers, distributors, suppliers or anyone along the agriculture value chain can call a toll-free number to leave and/or retrieve similar information on a central voice messaging system. For example, the owner of a supermarket can state his location and contact details as well as food items in demand, thereby allowing a farmer in that proximity to supply these products. This model could also be adjusted so final consumers could also access the voice-messaging system, thereby ex-panding the possible markets for farmers even further.

An example of this is the Pallitathya Help-Line Centre in Bangladesh, GOVI GNANA initiative in Sri Lanka, and Tradenet in West Africa, which facilitate information sharing between farmers and buyers.

This project has not only allowed farmers to identify and take advantage of new and existing markets, but it has also provided farmers with the ability to improve their bargaining power. Such a system would be extremely useful to the Jamaican farmer. These models can easily be adopted as they are based on activities, infrastructure, institutions and institutional framework, technology typology, social processes, re-sources, access and usage patterns that already exist in Jamaica. All that is missing is political will.

Based on the Jamaican ex-perience, as well as success stories in other parts of the world, govern-ments of developing countries, as well as international development agencies, should start to con-template the possibilities of the mobile phone - not only for agri-cultural development but other areas of development. Unarguably, such technologies may provide the solution to local and global digital divides.

Dr Lloyd Waller is a lecturer in Research Methods and Eletroni-Governance, Department of Government, and the Research project manager of the Centre for Leadership and Governance, University of the West Indies.