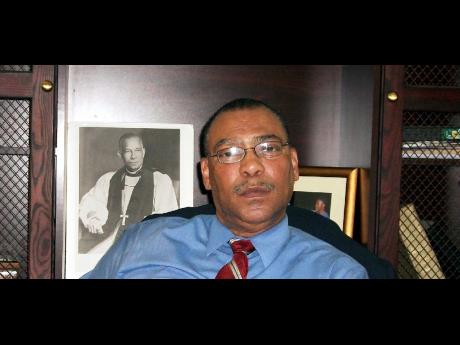 An attack on a senior Kingston College (KC) administrator through the popular social-networking site Facebook, apparently in protest against a proposal to block underachieving boys from participating in the school's graduation ceremony, has been roundly condemned.

Juliet Wilson, KC's vice-principal, who had some sway in establishing graduation eligibility at the all-boy high school, had reportedly ruled that some boys - who either did not pass five Caribbean Secondary Education Certificate subjects or did not qualify in compulsory subjects such as mathematics and English in an internal exam - be deprived of the opportunity to graduate.

To press for a reversal, a Facebook page titled 'Say No to Ms Wilson' was created. It was reportedly littered with derisive remarks about the vice-principal.

When The Gleaner tried to visit the site last Thursday night, the page had already been removed.

KC principal Herbert Nelson confirmed the online smear campaign but declined to give much details about the issue.

He said action would be taken against the offending students but argued that calls by disgruntled alumni for a suspension of the graduation ceremony were misguided. Nelson did not disclose what disciplinary measures would be pursued and it is uncertain whether the student or students could be traced.

Facebook pages can be created by virtually anyone with an Internet connection and information and photographs posted to reach the site's 400 million active users worldwide. Several unauthorised social-networking accounts have been created with the objective of defaming Jamaicans, ranging from ex-banker Bill Clarke to actor Keith 'Shebada' Ramsey.

One past student, who requested that his name not be published, but who appeared upset about the issue, said he had viewed the page and considered the comments derogatory.

He said one of the comments suggested that the vice-principal would be pressured to leave the school. The alumnus said expletives were also published on the Facebook page.

The past student bemoaned the turn of events at KC and called on school managers to abort the school-leaving exercise.

"I strongly believe, in this case, the good will have to suffer for the bad and that there should be no graduation this year," he told The Gleaner.

"We the old boys need to take a united front when it comes to student misconduct. The issue is not about the policy re graduation, the real issue is how they tried to defame the vice-principal."

Kingston College is an Anglican-affiliated high school located in the downtown area of Jamaica's capital. It was established in 1925.