'We've to be more consistent' 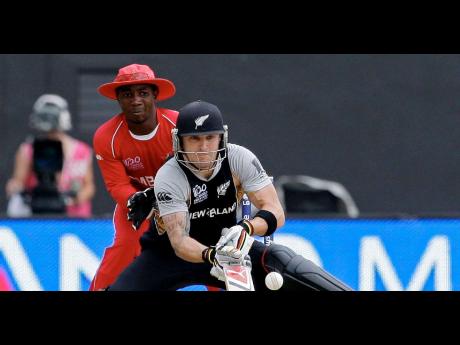 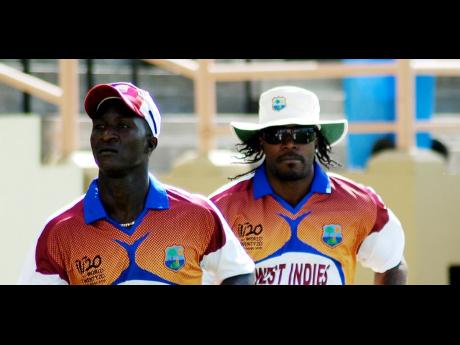 West Indies skipper Chris Gayle has called on his players to be more consistent in every aspect of the game after they progressed to the Super Eights, second round of the World Twenty20 Championship.

The hosts conceded a sizeable 191 against familiar foes England on Monday at the Guyana National Stadium, Providence, and though they turned out winners in the end, Gayle said he thought the bowlers were a little too erratic.

"We have got to be more consistent in the bowling department. Having conceded 191 runs against England, I think we just lacked some penetration and good line and length, but hopefully we can get it correct by the next round," Gayle remarked.

In their first game, the hosts whipped minnows Ireland by a comfortable 70-run margin, while they got the better of England by eight wickets under the Duckworth/Lewis method, as rain intervened shortly after the West Indies commenced their chase.

Since the inauguration of the Twenty20 Championship in 2007, West Indies have not been able to lift the title and Gayle believes this is a great opportunity to be successful, especially as the team is playing at home.

"I think we have a good chance of making the Caribbean people proud and with these two victories in Guyana, we should go from strength to strength. We just have to stay focused and play hard cricket over the next two weeks," Gayle said.

"I think the crowd was fantastic in Guyana and I still call on the people to continue with this sort of support."

West Indies will now meet Sri Lanka on Friday afternoon at Kensington Oval in a rematch of last year's semi-final when the Windies lost.

New Zealand advanced to the Super Eights of the World Cup Twenty20 yesterday by beating Zimbabwe by seven runs under the Duckworth/Lewis method.

Kiwi bowlers Nathan McCullum took three for five and Scott Styris three for 16 to dismiss Zimbabwe for 84 in 15.1 overs at Providence Stadium, the African team losing its last nine wickets for 26 runs.

With bad weather around, New Zealand made sure they were up with the Duckworth/Lewis target and were seven runs ahead at 36-1 off 8.1 overs when showers arrived. Skies cleared later but there was not enough time to allow a restart.

Earlier, Zimbabwe were given a rousing start by openers Tatenda Taibu and Hamilton Masakadza after being sent in. Taibu lashed three fours in 21 off 14 balls before he slapped a short ball from Tim Southee straight to square leg.

Masakadza compiled 20 off 20 deliveries before his run-out dismissal started the collapse. The burly right-hander was a foot short when Jacob Oram's brilliant pickup and flat throw from deep midwicket beat his scramble for a second run.

Andy Blignaut was bowled around his legs by Daniel Vettori before Nathan McCullum claimed three wickets in one over.

Elton Chigumbura miscued to long-on, Craig Ervine was beaten by a sharp turner and stumped, while Craig Coventry chipped back a return catch.

Greg Lamb, who scored an unbeaten 14 off 21 balls, helped stall the New Zealanders. But Styris also picked up three wickets in one over to halt any hopes of a fightback.

Timycen Maruma holed out to long-on, Graeme Cremer was beaten through the gate and bowled, while Prosper Utseya was trapped leg before.

Vettori ended the innings by bowling last-man Ray Price on his way to figures of 2-10.