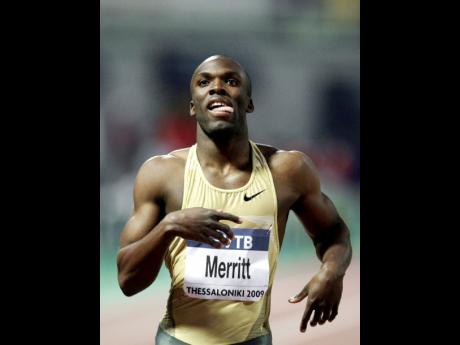 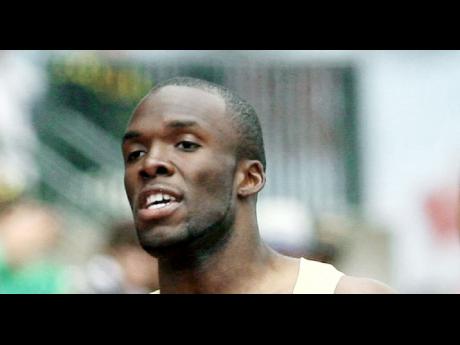 Lisa Barber couldn't escape the thunderous roar which greeted Usain Bolt's entrance into packed Franklin Field stadium two Saturdays ago at the Penn Relays. Suddenly the American sprinter, who was also in the warm-up area, was unable to hear the sounds coming from her headphones.

But Bolt's presence even followed Barber into the press conference for her victorious United States 'Blue' 4x100 metres relay team against the rest of the world. Despite the impressive US win, questions about the Jamaican superstar's influence at 'Penns' 2010 - and track and field overall - kept popping up.

Yet Barber and her teammates, sister Mikele, Allyson Felix and Carmelita Jeter, stars in their own right, didn't seem bothered. Bolt, after all, is receiving huge credit for reviving the sport, and track and field appears willing to embrace the superstar from Trelawny.

For most fans - fierce rivals US and Jamaica included - that's a good thing.

"He brought it back," said Barber.

Some argue from the brink of disaster. For decades the sport's dominant forces have eyed each other suspiciously. With each announced case of illegal drug use or doping, thinly-veiled accusations were lobbed back and forth, depending mainly on who lost. Squabbles escalated. And some of the sport's biggest stars - deservedly or not - have been used as 'ammunition' in the verbal and psychological warfare.

The world, including Jamaicans, pointed the accusing finger at the Americans, offering up disgraced former stars like Marion Jones, Justin Gatlin and Tim Montgomery as clear evidence that the field is not level in track. The US, at various times, accused the Chinese, Germans and Russians, before taking aim at rising power Jamaica.

Even while being weighed down by a closet loaded with ugly skeletons, the US has pushed back hard.

"Countries like Jamaica do not have a random (drug testing) programme," former US great Carl Lewis told Sports Illustrated magazine weeks after the 2008 Olympic Games in Beijing, China, where Jamaica dominated the sprints, including Bolt's sensational three gold medals in 100, 200 and 4x100 metres relay - all in world record time.

"So they can go months without being tested. I'm not saying anyone is on anything, but everyone needs to be on a level playing field."

In 2010, the insinuations are still leaking out.

"Didn't you see what happened after Jamaica's national trials last year?" an American asked tersely at Penns, pointing to the case of several Jamaicans being suspended for using a banned substance. "No one is sure what they are doing down there."

However, track and field's latest bombshell, the revelation just over a week ago that US Olympic and World champion quarter-miler, LaShawn Merritt, had been suspended for using a banned substance, may have forced the argument to another - some argue more sobering - threshold. Instead of trading barbs, rival track and field countries such as Jamaica and the US appear less willing to publicly "cast stones" at each other. Their own 'glass houses' may have become too exposed.

"No one has the moral high ground," said former Trinidad and Tobago star sprinter, Ato Boldon, while sizing up the fallout of Merritt's case, while he attended Penns. "Nobody does ... Not anymore. Not in this sport."

Bolt's brilliance - plus improved detection methods and harsher punishments by the sport's governing bodies - promised to pull track from beneath the dark cloud of drug-cheating scandals that has plagued it for years. But even he, admitted Peart, "has his sceptics" and has not totally evaded the whispers.

Some, it appears, will never be convinced Bolt is running clean although he has passed every test since he burst onto the world scene in his mid-teens.

Yet, Bolt won the hearts of millions globally with spectacular performances in Beijing and at last year's IAAF World Championships in Athletics in Berlin, Germany, where he snatched three more gold and three more world records. Add personal appeal and the sprinter has forced even non-track fans to once again embrace the sport. The biggest final-day crowd ever at Penn Relays - the 116th running of the event - was ready testimony to Bolt's drawing power.

But track's resurgence may again be threatened. This time by Merritt's foul-up. The 23-year-old has been banned for two years after testing positive - reports say three times since October - for a steroid not allowed in his sport. According to Merritt, he took an over-the-counter male enhancement product which contained DHEA (dehydroepiandrosterone). The American told the public he was "deeply sorry".

But the bosses at USA Track and Field, the sport's governing body in America, were in little mood to forgive. Chief Executive Doug Logan, whose organisation is eager to separate itself from the Jones, Gatlin and Montgomery era, declared Merritt had caused "shame to himself and his teammates".

Now it seems like the recent work of Bolt and other Jamaican, American and world stars could be crowded out by another drug smear. Track and field simply cannot shake its haunting shadow.

"Just when our pulse starts to rise into the 90s and say 100s, we have a heart attack," said Boldon of the case against Merritt, who joined the Trinidadian at last year's Penns to lecture young school children on the virtues of obeying rules.

"This is bad on several levels. It is bad because it's a young American Olympic champion. It's bad because of the circumstances involved ... It basically brings the sport not only into disrepute, but under a lot of ridicule."

Logan did blast Merritt for turning into "the object of jokes". Yet it's unlikely that anyone in track and field could be laughing. In the wake of the brightened spotlight brought back to the sport, especially by Bolt, it appeared track was ready to jump back into world sports prominence.

Freshly minted and lucrative Diamond League meets in 2010 were set to offer improved competition and highlight existing rivalries, especially those involving Jamaica and the US: Bolt versus Asafa Powell and Tyson Gay; Shelly-Ann Fraser, Veronica Campbell-Brown and Kerron Stewart against Carmelita Jeter and Allyson Felix; Shericka and Novlene Williams matched with Felix and Jamaican-born Sanya Richards-Ross.

All offer tempting teasers, seasoning the pot for what promises to be mouth-watering clashes at the 2011 World Championships and the Olympics a year later.

Year 2010, even without a global competition, was supposed to build on the momentum of the past couple. Then along came the Merritt debacle, bringing back the uncertainty which track and field can ill afford.

"It really is definitely unfortunate," said Felix on the Friday at Penns, trying to explain the impact of her fellow American's actions the day before she competed. "When you are trying to move forward, I mean, you never really want anything negative to happen."

But it did. Again. And it's a bitter pill to swallow for those still left on the stage after Merritt's abrupt departure.

"I hate it because it is a setback when we are moving in the right direction, especially for true track fans," said American sprinter Darvis 'Doc' Patton at Penns.

Those loyal fans are still likely to stick around, tested resolve and all. But the biggest question is where the spotlight from the not-so-ardent followers of track will now swing. The brilliance of Bolt and others may actually focus it on the joy and competition of a great sportÉor it could freeze track in a frightening perception that says no one can ever be trusted and every performance is somehow sullied by cheating.

The ominous danger of the latter is hard to ignore. Every significant track and field accomplishment may now be viewed with more than a grain of salt. No one, especially a Jamaican who has produced performances unimaginable only a few years ago, can expect to be spared the glare.

"Not to say (Bolt) is doing anything," Lewis told Sports Illustrated in 2008, "but he's not going to have me saying he's great and then two years later he gets popped."

Yet, the athletes know they simply have to press on.

"You just kinda have to deal with it and you keep going forward," said Felix about the setbacks caused by illegal drug use in track.

"You're not going to get away from it," added Peart. "People have their reasons why they want to get ahead without their natural ability ... that's their choice to do that."

Yet Bolt is track's trump card. The brightest star in a sport looking hard to preserve its image is already wealthy. He will get richer, but he has declared that money - the ultimate root behind use of performance enhancing drugs - is not his biggest motivator in the sport. That could be the sweetest music to those involved in track and field, which seems determined to shoot itself in the foot.

"I think he's proven himself over and over," Peart said. " ... Bolt has values. He wants to be a legend. Obviously, to be a legend (illegal drug use) is not a part of it.

"He has done what nobody else has done. No matter what happens now, if he is injured or he gets slow, he's a part of history forever ... The longer Bolt stays on top and just shows himself as the model, that's what we intend to do."

It remains to be seen if that will be enough to chase the dark clouds threatening track and field away.