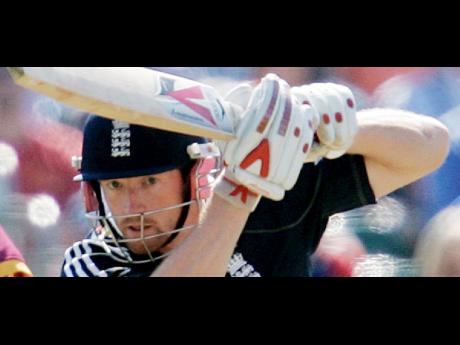 England captain Paul Collingwood is not a happy camper and it is because of the controversial Duckworth/Lewis (DL) method.

England rattled up an impressive 191 for five at the Guyana National Stadium after being sent in. But rain, after 2.2 overs of the Windies reply, saw the target reduced to 60 from six overs.

The hosts duly won with a ball to spare, prompting Collingwood's calls for a change to the T20 rules.

"There's a major problem with this Duckworth-Lewis in this form of the game," a frustrated Collingwood lamented Monday after watching England lose a rain-affected encounter against West Indies in the World Twenty20 Championship.

"I've got no problems with it in the 50-over form. But I know it's made us very frustrated here. It certainly has to be revised for this form of the game.

"I'm no mathematician. I really don't know what the equation should be. But you're certainly backs against the wall when it works out like that.

"We played a near perfect game, and lost. The only thing we are frustrated about is the Duckworth-Lewis equation."

It was the second straight year England had been hurt by the DL method, following their loss to the Windies in last year's tournament at the Oval in London.

As a result, England faced a must-win situation against minnows Ireland yesterday in order to reach the Super Eight, second round.

"We don't know what's going to happen with the weather," said Collingwood. "But we pray for a 20-over game. We hope if we get that we can win."