Calabash has 'So Much Things to Say' on 10th anniversary 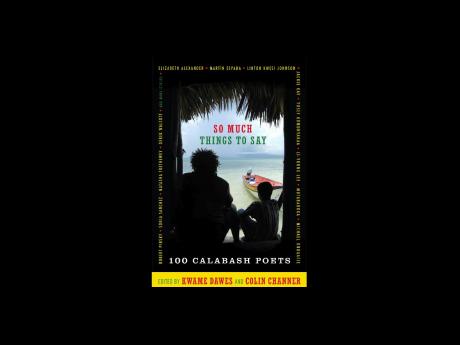 The cover of the Calabash anthology 'So Much Things To Say'. 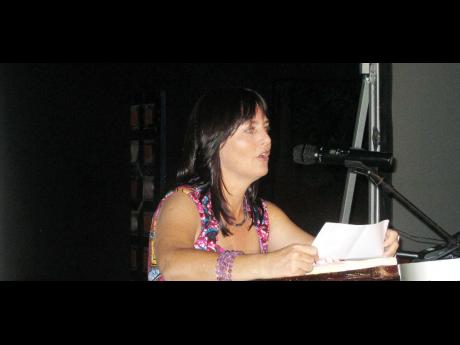 Looking back a decade and more than a hundred miles away from Redbones Blues Café, New Kingston, on Tuesday night, Justine Henzell recalled the first Calabash International Literary Festival. The festival's producer remembered that Colin Channer, its artistic director and co-founder, would say "wow wow" repeatedly and the audience of hundreds would "wow wow" right back.

Words of poets who have given 'wow' moments at Calabash since then, as well as participated in its workshops, have taken to the page for the festival's 10th anniversary. So Much Things to Say, published by Akashic Books in New York and edited by Channer and the festival's programmer, Kwame Dawes, presents the work of 100 poets in soft cover. Included are poems by well known writers Derek Walcott, Li Young Lee, Elizabeth Alexander, Natasha Trethewey, Robert Pinsky and Mutabaruka, as well as the 10 first-timers who read at the launch, among them Nicholas Alexander, Simon Brown, Natalie Corthesy, Jonie Jackson, Makesha Evans, Ann-Margaret Lim, Kim Robinson and Charlie Bobos.

So Much Things to Say is also the tagline of this year's festival, which runs from Friday, May 28, to Sunday, May 30, at its home, Jake's in Treasure Beach, St Elizabeth. Three 'Writers in Residence', Michael Holgate, Diana Macaulay and Helen Williams, start off the festival at 7:30 p.m. on Friday and the final session for the weekend, 'Redemption Song - The Lyrics of Bob Marley's Uprising', begins at 3 p.m. on Sunday.

Among the sessions in between are a screening of Trevor Rhone's Smile Orange, followed by performances by singers Freddie McGregor and Etana on opening night. The midday to 1 p.m. Saturday 'Chatterbox' is with Wole Soyinka, Nigerian Nobel Laureate, followed by 'Men at Work' (Ishion Hutchinson, Matthew Shenoda, Christian Campbell) and, in the night, 'Calaclash II: Muta's Revenge', where Channer and Mutabaruka go toe-to-toe musically. The closing day begins with a reading of The Last Enchantment, commemorating the 50th anniversary of Neville Dawes' book.

For those who have not experienced Calabash personally, cable TV, Internet and phone provider Flow will be airing Flow LIVE @ Calabash 2009 on channel 100. Sharon Roper, Flow's marketing director, who spoke at Tuesday's launch, said the intention is to give audiences "a taste of what happens at Calabash and what the festival means". Jason Hall of the Jamaica Tourist Board also spoke to Calabash's wider meaning, noting that it is also an exemplary model of community-based tourism.

William Mahfood of WISYNCO pointed to the company's support since the inception of "what has got to be the finest literary festival in the world". Last year, WISYNCO presented Tarrus Riley; this year, it is Freddie McGregor and Etana. "What Calabash has shown is that our culture is more than the music," he said.

There was also a screening of Calabash, a reading of the Kwame Dawes poem by a number of persons, including Mutabaruka, Carlene Samuels, Dingo, Mervyn Morris, Edward Baugh and Henzell.