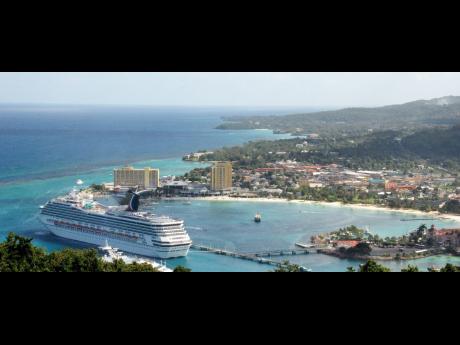 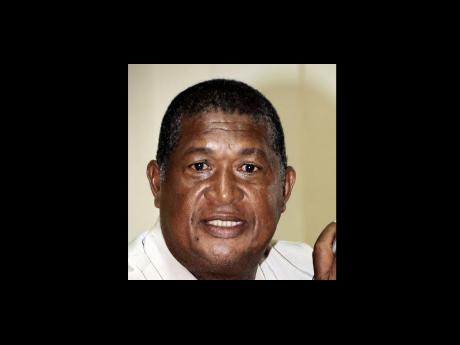 OCHO RIOS will lose 20 per cent of its cruise-ship calls in 2011, Sue Morris, a representative of the National Cruise Council of Jamaica, has said.

At the same time, Falmouth, with its soon-to-be-opened pier, is causing jitters in Ocho Rios, as stakeholders fear that a dirty town and the frequent harassment of visitors will drive visitors away from the resort hub of St Ann.

"Ocho Rios has the possibility of losing a lot more calls because of the condition of the town," Morris told a Gleaner Editors' Forum last Thursday.

The number of cruise passengers arriving in Ocho Rios slowed from 675,885 in 2008 to 638,276 last year. The trend, however, is in keeping with the overall picture last year, which saw national cruise arrivals declining from just over one million visitors in 2008 to 922,000 last year.

With Falmouth's $7.5 billion cruise-ship pier due to open in November, St Ann business interests are of the view that the town seems set to benefit from the Ocho Rios fallout. They lament that it could be devastating to business if steps are not taken to tackle the twin evil that now threatens to cripple their livelihood.

Already, eight of the 19 ships that normally dock in Ocho Rios will be moving to Falmouth when the pier is opened. Morris sees it as not just increased competition, but also a wake-up call for stakeholders in Ocho Rios to improve their offerings.

"Falmouth will be a challenge. The first nine calls come in November for Falmouth. You won't be having supper in November because you will be eating water," Morris said. "But today, we need to start to fix our parish to make the Port Authority's job easier, to make the cruise lines that are still coming to Ocho Rios want to stay in Ocho Rios, and to attract the new ones," Morris added.

The looming downturn has spurred Horace Wildes, president of the St Ann Chamber of Commerce, to urge that everything be done to sustain the growth of tourism in the resort town.

"It is only in Ocho Rios that you have four of the world's greatest attractions," Wildes said of the area that boasts the Mystic Mountain attraction, Dunn's River Falls, Chukka Cove and Dolphin Cove. "They are world-class. If we can take care of this product, people will come, because if you want to come to Jamaica, you have to come here."

Robin Hall, representative of Ocho Rios Cruise Ship Port, is among those who can't wait to have some of the more serious issues addressed. He blames some players in the transportation sector for treating tourism as a "hustling", and some of the cruise lines for telling their passengers to avoid leaving the ships.

"When I look this month, I had 19 ships, and next month I will be having 14, because we are coming out of the season. Out at that 14, eight were going to Falmouth because they were planning on Falmouth being opened. If Falmouth was opened this month, dog would eat my supper in Ocho Rios in May," Hall said.

Meanwhile, Kumar Sujanani, vice-president of the In-Bond Merchants Association for St Mary, St Ann and Trelawny, said that members of his association were worried that the tourism pie would be shrinking because of the overall quality of the product being offered.

He said his association had been experiencing a "strong downturn in business because of the global recession" and that the projections for 2010-2011 suggest further decline because Ocho Rios is to lose ships to Falmouth.

"We were finding it difficult, I am told, to find larger vessels to replace the ships that we are going to lose because of the on-shore experience that passengers have, particularly if they walk from the cruise ship to the town of Ocho Rios. It is a very unpleasant experience, if we are to believe the comments we get from the cruise lines," Sujanani said.