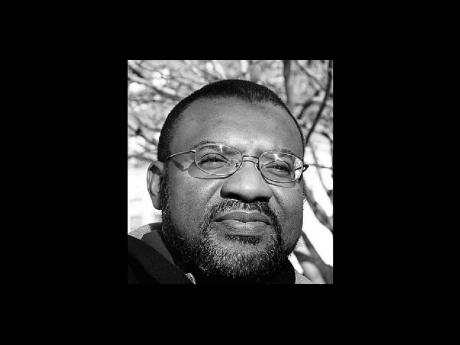 With the 10th anniversary of the Calabash International Literary Festival just around the corner, Kwame Dawes and his team are literally dotting their 'i's and crossing their 't's.

Born in Ghana but raised in Jamaica, Dawes is Calabash's programming director and one of the people who brought the three-day public festival into being. Of course, he is also a writer, one with amazing range. He is a poet, playwright, novelist, essayist, journalist and critic. His many awards include a 2009 Emmy Award for his journalism, a 2008 Hurston/Wright Award for his fiction, a 2004 Silver Musgrave Medal for his contribution to the arts in Jamaica, and a 1994 Forward Prize for his poetry.

Calabash 2010 will take place at Jake's in Treasure Beach, St Elizabeth, from Friday, May 28, to Sunday, May 30. All events will be free and open to the public.

What do you remember most about the first Calabash?

Mostly, I remember just how amazed and grateful we were to see the 300 people who showed up for the event and to be completely vindicated in our belief that this thing could work as a concept. We were in a small space, and the intimacy, the palpable sense that all of us there were participating in something almost revolutionary, will stay with me for a long time. After that first weekend, we knew the thing would grow. We had no doubts.

What do you remember most about the last Calabash?

Tarrus Riley's performance onstage was a revelation for me. His ease, his vocal range and the pure energy in the audience. I think he was surprised by how responsive the audience was - not so much loud, but expressively attentive. A beautiful thing to be a part of.

Calabash turns 10 this year. What were you like as a 10-year-old?

I was the boy who would put a cork and tar ball in a sock, tie a string to the sock and hang the sock from a tree branch and spend hours knocking that ball with an improvised cricket bat. In my head I was going to be become a great cricketer. I carried secrets, thought a lot, and drew everything I could draw. At 10 years old, I asked to be called Kwame and not Neville at Shortwood Practising School. I sneezed a lot, I had sores on my limbs from scratching mosquito bites and I still had a Ghanaian/British accent.

Okay - bench press. Ten reps. What's the most you can do?

I will never answer this question in public. What do I look like, an eediboo? Remember that? Eediboo - a special kind of fool.

If you had to write an essay on one of the Ten Commandments which one would you choose?

The first. The deal God makes is that we love him with everything. I say it is a deal because it comes from that remarkable calculus of grace - in that grace this love is returned. I live my life trying to beat back all the other gods that want to draw my attention. It is the toughest command, but my essay would be one to relish - all about addictions, passions, consuming and alluring desires, greed, need - who wouldn't want to read about these?

What are 10 things people should take with them to Calabash?

Money for books. Money for food. Light clothing - cottons are good. Snacks. Lots of water. A note book to write down the brilliant phrases they will hear while there. Books by the authors reading for them to sign. A poem that they can read at the open mic, a whole posse of friends, a bag of Bombay mangoes to give to the programming director of the festival.

So you've just been given 10 tickets to this year's World Cup Finals, who're you going to take?

This is fairly easy as long as I don't have to pay the airfare: My wife, Lorna, my daughters Akua and Sena, my son Kekeli, my friend Colin Channer and anyone he wants to travel with for the other three tickets I will hold a contest asking people to write a 100-word essay about someone they would want to attend and why. On the other hand, I might just give them to the Jamaica national team so they can at least say they got to the finals in Africa.

Of the last 10 countries you've been to, which one surprised you the most?

Perhaps because it is freshest in my mind, I would say Haiti for the resilience of the people and for the quality of the croissants and cocoa tea. But India is a close second for the fantastic curried eggplant dish I had on the evening before my departure.

This answer will probably date me. But the mythical players in my mind have stayed with me from childhood. (Gordon) Greenidge and (Roy) Fredericks opening. George Headley at number three. Viv Richards at number four. (Gus) Logie will bat number five. I will come in at number six even though I am an opener, but I have to do the responsible thing as skipper. (Clive) Lloyd will come at number seven. (Garfield) Sobers at eight as a big all-rounder ... then (Michael) Holding, (Malcolm) Marshall and (Courtney) Walsh. I am tempted to bring in bloodletters like (Joel) Garner or even (Curtly) Ambrose, but I prefer to go for speed. With Sobers in the line-up, this would be a formidable team and I can just bat pad my way out of any trouble.

What do you think people will remember most about the 10th anniversary of Calabash?

Wole Soyinka. It is hard to hear him speak and forget about it. It is a big deal for us to have him. But I also think that when everyone who comes buys the Calabash poetry anthology, So Much Things to Say, as a gesture of their support for this festival, we will all remember how this one year, this our 10th year, our audience became tangible and committed sponsors of the event.