'Reaping What I Sow' sprouts from praedial larceny 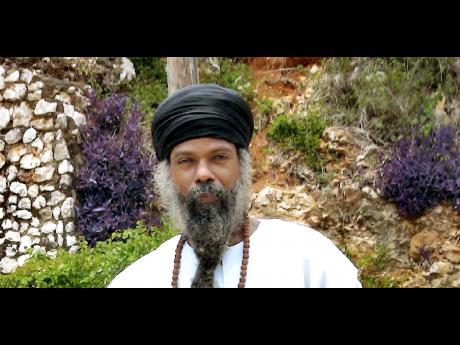 Maroghini has always combined music and farming. He laughs as he remembers taking over the back of the tour bus to grow sprouts in bottles when Saraba, the Afro-rock band he was then in, was touring heavily in the early 1980s, doing about 300 shows in one particular year.

That was nearly three decades ago, plus a few oceans and land masses away. Returning to Jamaica a few years ago, after living most of his adult life abroad, Maroghini expanded his crops exponentially from the back of the bus. First, he started farming in his backyard and even on his roof. Then he went into commercial farming in south St Elizabeth/Manchester and was duly hit by praedial larceny. He shifted operations and set up about 30 acres in the east of St Thomas. Again his fields were raided. He tried again in St Thomas, this time closer to Kingston and on a smaller scale, and was again struck by a locust of thieves.

"It was too much. It was frustrating," Maroghini said. He did not, however, set up guards and traps. He recorded a song, Reaping What I Sow.

Considering the effect of machetes and stones which often makes the headlines when farmers catch thieves, Maroghini's song is surprisingly gentle not only in its lyrics, but also its delivery. In the reggae track he expresses his pain and frustration:

"Someone keeps on reaping what I sow - that ain't right now

Do you think it is an easy thing

To be out there working

When the sun is burning

or the rain is falling

Then comes another man stealing

All of my pumpkins

My yams and my plantains

And everything that I am growing"

Then he addresses the criminals directly:

"Do you think it is the right thing

that you are doing

Why don't you grow your own garden

and stop your stealing

You can never keep on hiding

hiding from the one within

The one who keeps on watching

everything that you are doing."

Maroghini said he felt absolutely no anger on any of the occasions his farm was raided. "I am very grounded in my spirituality," he told The Gleaner. "When I have negative experiences I stop and think about the positive in it. I felt disappointed. That is my human side. But immediately I shifted to my mystical side. I sat calmly and reflected on my experience and this is the result."

The style of delivery is part of the approach.

"I though of a subliminal message, so I sing it in a hypnotic way," Maroghini said.

And he isn't giving up his farming. Maroghini told The Gleaner that he would be leaving Jamaica shortly and spend several months in the United States, performing and holding workshops. "But when I return it is back to farming. I won't let this experience stop me," he said. He will be returning to the same area where Reaping What I Sow started, farming in the St Thomas area where he was last hit by thieves.

Farming and music are two sides of the same nurturing process for him. "I use one to feed bodies and one to feed minds. I love both of them. They have always been part of my life," he said.