Is that all, Bruce? 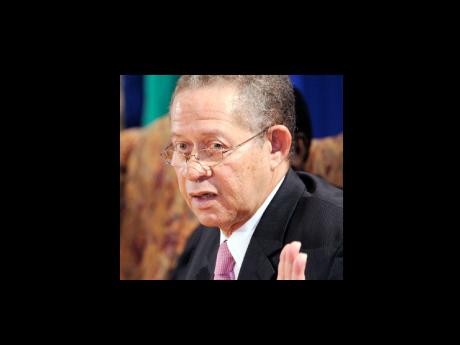 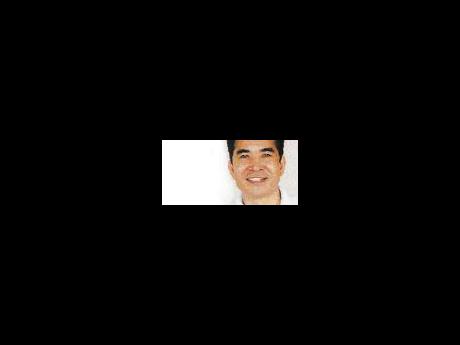 The higher they climb, the harder they fall. No other Jamaican politician has so sanctimoniously disparaged opponents as Bruce Golding in his 1995-2000 National Democratic Movement (NDM) dispensation. He accused both the Jamaica Labour Party (JLP) and People's National Party (PNP) of practising old-time dirty politics and being irredeemably steeped in violence and corruption. Get rid of these dinosaurs and vote him into office, he urged, and his government would be a shining example of transparency and accountability that people could truly trust.

When the NDM was rejected at the polls, and he later rejoined the JLP, many eyebrows were raised. How could he now want to be part of what he had once condemned wholesale? But politics is the art of the possible and as messy as human nature itself. So most said "OK, we understand you want to make a change and this is the only vehicle open to you, so we'll give you a chance to prove you really do want to fundamentally improve our system of governance."

Well he has, to put it mildly, been a grave disappointment as prime minister. Let's give him credit for holding the Jamaican economy together through the worst economic downturn in 80 years. The Jamaica Debt Exchange debt swap is perhaps the most positive economic development we have seen in a generation, and we seem on track with International Monetary Fund (IMF) tests. Even the respected London Times (April 28) has praised Audley Shaw's handling of the Jamaican economy.

But this JLP administration has been just as weak on crime and as the previous regime. And whatever happened to all those 'transformation' manifesto promises? A change of party after 18 years had to be good for Jamaican democracy, but those who warned 'no better herring, no better barrel' have been more right than wrong.

When on Tuesday Mr Golding admitted to having sanctioned the hiring of Manatt, Phelps and Phillips by the JLP, after previously giving the impression that he knew nothing about the matter, Jamaicans were understandably dismayed. True, he had not transgressed the letter of the law since, based on what we have been told, the Government did not have any direct dealings with the law firm, as he originally said in Parliament. But his legalistic interpretation of the truth is simply not good enough for a man who once preached a government of trust that would tell the people the truth, the whole truth and nothing but the truth. Whenever he speaks again in the future, no matter how convincing he is about fact and figures, we will always be left asking at the end, "Is that all there is, Mr Golding?"

Not a big deal

Assuming we have heard the relevant facts - and given Mr Golding's bits and pieces approach so far, this is far from certain - the Manatt affair is not really, in itself, that big a deal. Contracting a lobby firm is no crime and is done every day in US politics. Whether it was appropriate for the JLP to engage a lobbyist to help resolve the Christopher 'Dudus' Coke issue, given the nature of the charges against him in the extradition request, is a question of judgement. But it's hardly news to Jamaicans that parties defend their own, at least until they become politically dispensable.

The explanation of how Manatt came to list its client as the Jamaican government, and not the JLP, is not fully convincing. But again, we have to accept that national sovereignty was not transgressed and no taxpayer's money was involved, unless signed proof to the contrary comes to light. If it does, Mr Golding and, perhaps, this entire government, will have no choice but to resign immediately.

Manatt is certainly not comparable, for instance, to the Trafigura affair, where a company which had a contract with Jamaica paid more money than it was making on that agreement to the governing party, for reasons which we have never found out. Unless you believe in fairy godmothers, you have to figure Trafigura was getting something in return for its 'chicken feed' 30-odd million dollars 'gift'. But, to this day, the PNP leader and then prime minister has not given any explanation whatsoever, or even shown proof that the money was returned as claimed.

The real crime in the Manatt matter, at least so far, is the cover up. Why didn't Mr Golding just level with the country from the very beginning? Or, if there were certain things he wasn't fully au courant with at the beginning, why didn't he just say after that Washington Post article ,"I'm still gathering all the facts on the matter - such as why Manatt is listing the Government as its client - and when I have them all I will address the matter"? Then his revelation last Tuesday would have been a non-issue. The fact that he didn't come clean on so many previous occasions when he could have, makes you wonder if there are other relevant points on the matter which the public has not been told.

Indeed, what was Mr. Golding's motive for even bringing up his involvement in the Manatt affair in Parliament on Tuesday. Why didn't he just stonewall like Portia Simpson-Miller did with Trafigura? Is he being pressured by the US? Or were his admissions on Tuesday, as some of his supporters weakly claim, an attempt to fully level with the Jamaican people that somehow backfired?

If this was the case, his tone was certainly all wrong. Of late, his parliamentary presentations reek of arrogance, coming across as if he knows everything and noone else knows anything. He may be, perhaps, as intelligent as any prime minister we have had, but he is not smarter than the world, as he sometimes seems to think. His responses, in particular to Peter Phillips, who was after all asking the kind of questions Opposition leaders are supposed to, were downright rude.

So where do we go from here? Well, the calls for resignation, based on what we currently know, seem a little over the top. However much Mr. Golding has disappointed the public, and he has unquestionably lost much moral authority, he did not say anything that was actually untrue. All he is really guilty of here is being economical with the facts, and if Jamaican politicians resigned each time that occurred, Gordon House would be permanently empty. Even if Jamaica did have such laws, on what grounds could he be impeached here? But, again, this assumes there are no further 'surprise' revelations.

Mr Golding and his party definitely need to hold a suitably contrite press conference. When pressed by Dr. Phillips, he responded, "You cannot ask in this House anything about my responsibilities as a party leader." Well, those, and every other reasonable question, must be fully answered at a JLP level. If they can't be, maybe Mr. Golding should step down.

'Scandals' and 'affairs' are part and parcel of democracy. How they are handled is one of the true tests of leadership and character. P.J. Patterson, for one, was a master at defusing bombs. Let us see how Bruce Golding handles his trial of fire.