Belly of the beast -Tense relationship between dons, politicians 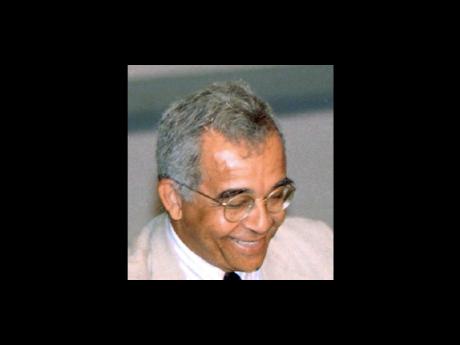 This article was published in July 2001, but still has relevance today in light of the current crisis facing the nation.

JAMAICANS SHOULD pay close attention to the statement attributed to Michael Fuller from Scotland Yard which, according to RJR, states that "there is concern that the recent upsurge in violence in Kingston may soon spread to the United Kingdom. Head of Scotland Yard Operation Trident, Michael Fuller says that British police are bracing themselves for increased crime, as many disputes started in Kingston are being settled in London.

This critical international dimension of the present crisis may be lost on Jamaicans who almost universally seem to be interpreting the recent events in West Kingston primarily through a domestic lens within the framework of two-party garrison political competition. Actually, the stakes are much higher.

The central point to grasp is this: sections of West Kingston have become a major axis of the international cocaine trade from Colombia to London and elsewhere. And this is not only to Brixton. Last week, there was a report in the British press of a crack ring in Oxford controlled by Jamaican Yardies. This is naturally a matter of extreme concern to the British security forces who have formed a special group to address the revival (in the UK) of this very violently dangerous criminal element. I mean by "Western Kingston", not only sections of Tivoli and Denham Town, but also sections of Matthews Lane, sections of Jones Town and other zones of this area across both political parties. Note that I say "sections of."

The point to note about this crack connection (apart from Mr Fuller's statement) is not simply the presence of 'guns and ammunition' in West Kingston, but the calibre of these - AK-47s and other military assault rifles. No political party or political leader in Jamaica today is in a position to obtain weapons and ammunition of this level in quantity, even if they wished to. It should be obvious that it is only the cocaine 'dons' who have the multimillion-dollar resources and connections to obtain these. Wherever such 'dons' are to be found, you will find such weapons.

What the cocaine dons demand from their political connections in return for their support, is 'cover' from raids by the security forces. Indeed, my sense is that the relationship between these dons and their apparent political mentors is a rather tense one, suffused with mutual distrust, liable to explode (in which direction?) at any moment! Who is using who in this dirty game? Politicians think they can ride this tiger, but actually, this tiger's vast financial resources and ruthlessness make it the stronger force by far. The tiger also nurses quite a few deeply held grievances against his 'own' politician, as these politicians know only too well.

This issue of the provision of cover from the police is becoming an increasingly critical matter for the operations of these dons, because our security forces are naturally under immense pressure from anti-narcotics forces worldwide to crush the hard-drug trade. If only for this reason and quite apart from domestic issues, the Jamaican security forces have to aggressively police these areas, no matter which party is in power in Jamaica. That is why the chief thing that the cocaine dons demand from their political connections to both parties is that ways must be found (either by outright 'bans' or by the mobilisation of mass party support) to keep the police out of their drug strongholds. They can go elsewhere, but not there. What is the use to a don of a politician who cannot provide this cover?

All the cocaine dons, irrespective of party label, are very clear that they share a common interest on this decisive point. That is why the report is so revealing that, at the beginning of the recent incident when there was firing taking place between the security forces and sections of Tivoli (which wear the JLP label), there was some firing at the police from the direction of Matthews Lane (which wears the PNP label). If true, this was apparently a diversionary act of solidarity from one fellow crack don to another!

If we miss this point, we miss the core of the current crisis. This does not mean that the politicians are blameless - far from it. However, behind all the fire and brimstone, some of them must be wondering how on earth they can get themselves out of the belly of this beast. It is very important for the society to find a way of extracting them from this cage into which they have shut themselves.