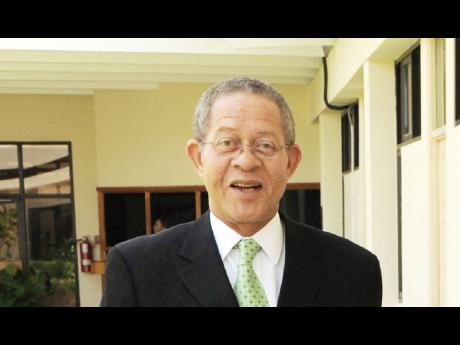 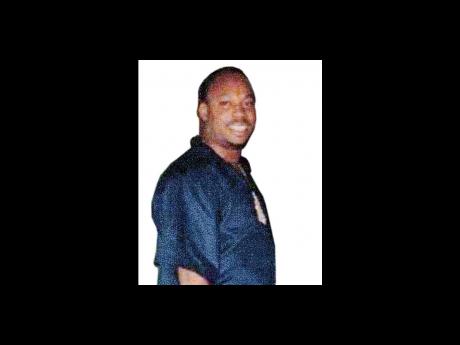 The power-sharing framework between the man who formally represents the West Kingston constituency in which Tivoli Gardens is located, and the man who really runs the place, is just as fascinating.

The word from well-placed political sources is that Golding and Dudus are not particularly close.

More than a generation separates them.

While Golding revels in the political limelight, Dudus shirks it.

Why then would Golding sacrifice his political career for a man with whom he is not a particularly close friend?

A Sunday Gleaner probe reveals that Coke was instrumental in Golding's election as member of parliament (MP) for Western Kingston after he was elected leader of the Jamaica Labour Party (JLP) in 2005.

Golding's predecessor, Edward Seaga, retired from active politics that year after serving as MP since 1962.

The JLP in 2005 had found itself mired in a similar predicament to the People's National Party in 1993, when a seat had to be found for Dr Omar Davies after Hugh Small quit as finance minister.

Similarly, a seat had to be found for Golding to enable him to legitimately assume the position of leader of the JLP.

Golding wanted to go back to the Central St Catherine seat he held between 1983 and 1997.

However, Olivia 'Babsy' Grange was ensconced there, since she defeated Golding on the JLP ticket in 1997, when he ran for the National Democratic Movement that he had formed a year and a half earlier.

An idea took shape in the leadership rank of the JLP.

Grange would be relocated to West Kingston, a constituency with which she was intimately related.

She was even closer to Seaga, her political mentor, considered to be an integral part of Tivoli Gardens.

In the early years, Grange grew in that constituency.

She was introduced to politics by Seaga and remained close to the 'West', as it was commonly called.

But there was one major hurdle: Grange's planned transfer to West Kingston was vetoed by Dudus.

dudus says no to mckenzie

There was another former Seaga loyalist and Tivoli Gardens resident who harboured hopes of representing West Kingston.

Desmond McKenzie was the long-time counsellor for that powerful division.

But the powerful 'President' would have nothing to do with McKenzie, and he too was bypassed.

Furthermore, McKenzie had no strong seat to give to Golding in exchange for West Kingston.

In reward for his dedication to West Kingston and the JLP, McKenzie got the job as mayor of Kingston, as well as that of a government senator.

The new JLP leader wanted to formally take over as opposition leader, but the obstacles would not be moved.

Dudus favoured another JLP stalwart, Tom Tavares-Finson, who had shown an interest in the seat.

But he, too, did not have a seat to exchange for West Kingston.

Many of those who are close to Dudus say he abhors politics and avoids politicians, since his brother, Mark 'Jah T' Coke, and then his father, Lloyd 'Jim Brown' Coke, died tragically in 1992.

They say the grief-stricken young man had always harboured a strong belief that politics had claimed the life of his father and brother.

So when he took over as leader of Tivoli, Dudus distanced himself from the political leadership in the community.

But Coke quickly learned of the unbreakable connections between politics and Tivoli Gardens, frequently referred to as the pulse of the JLP.

Tivoli Gardens' fierce altercations with members of the security forces created a wild Wild West imagery that refuses to go away.

The community's involvement in politics was so entrenched that it was dubbed in recent years, after one of its fierce confrontations with members of the security forces, "the mother of all, garrisons", by Rear Admiral Hardley Lewin, before he was appointed commissioner of police under the Golding administration.

Western Kingston, a dreadfully deprived community in the past, shifted from the JLP to the PNP in electoral contests between 1944 and 1962.

Although powerful JLP leaders, including Alexander Bustamante and Hugh Shearer, held the seat at different times, they retreated at the end of their first political tenure, leaving the PNP to claim victory.

He contested his first general election in 1962 and, since then, the JLP has not lost the seat.

Operating in a heavily political atmosphere, Dudus maintained his phantom-like imagery in the shadows of his 'Presidential suite' in the heart of Tivoli Gardens and wielded influence over the political life of West Kingston.

Fast-forward to 2005. Seaga, who had built an indomitable political force in Western Kingston for the JLP, was bowing out of politics.

He was still revered in the west.

Many JLP supporters in Tivoli Gardens thought it was time for Seaga to step aside, but none wanted him to be disrespected.

It was desirable that Seaga give his blessing to his successor.

But the relationship between Seaga and Golding had soured since 1995 when many felt that Golding betrayed his leader by siding with a group of dissidents who had moved to displace Seaga.

Golding could not represent Western Kingston in Parliament without the blessing of the two men.

Dudus hammered out an arrangement to ensure that there were no losers.

Golding would be installed as the next JLP candidate for West Kingston (a shoo-in for member of parliament), while the retired Seaga remained a powerful influential figure in Tivoli Gardens.

Golding finally got a strong seat that would secure his position as the opposition leader in the House of Representatives.

He rushed to Gordon House to challenge former Prime Minister P.J. Patterson, who told him in a humorous exchange that he was too eager (to become prime minister).

Dudus remains the supreme leader in the area; Seaga comfortably rules the powerful football fraternity there, while Golding is the member of parliament, which 'gives' Dudus his place in Parliament.

Additionally, Coke has been able to maintain the 'order' in the community.

So, while no losers emerged from the 2005 arrangements, the big winner was Christopher 'Dudus' Coke.

Golding may not be Coke's best pal, but he is certainly indebted to him in a big way.