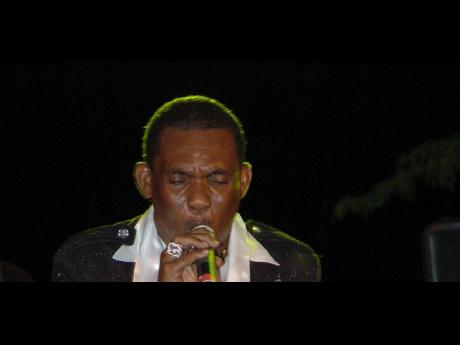 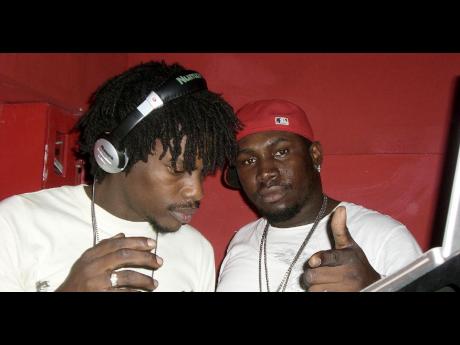 Selector Foota Hype (right) gives the 'thumbs up' for the selections of ZJ Liquid. - Contributed
1
2

In recent times, the airwaves have been monopolised by music from modernised dancehall, placing traditional reggae artistes on the back bench in terms of radio play and overall media coverage, causing many to view the media with disgust.

The Gleaner met with some of these artistes to get their opinions as it relates to the current controversy.

Tappa Zukie, a reggae superstar in the early 1970s, is one such artiste crying foul. Known for hit singles such as Oh Lord and Chalice To Chalice, Tappa Zukie claims that today's audience is only given one aspect of local music, resulting in a lack of appreciation for traditional reggae artistes such as himself.

"I grew up in a time when we didn't have to pay for airplay. now it is not so," he said.

"That is why we have to release our albums in Europe, I believe the music fraternity needs a revolution," he added.

Tappa Zukie has 13 studio albums to his name and has produced over 70 albums for other artistes including U Roy, Beres Hammond and a host of others.

According to Isaacs, radio stations have been giving airtime to the same artistes over and over.

"We are getting an unfair deal in Jamaican media and, to make it worse, when you go to foreign countries, we are more accepted than regular artistes," the disgruntled songwriter said. According to him, the voices of all the different types of entertainers in Jamaica should be given the opportunity for their work to be appreciated through increased airplay.

Earl Hepton, who has hit singles such has Book Of Rules, Pretty Looks and Fatty Fatty in the 1990s, said the media had forgotten about traditional reggae artistes despite the fact that their music is of good substance. He also blames it on the digital music evolution. "I would cut out the computer thing if I could because it mash up the music. now all they want to hear is digital productions instead of real authentic material." he said.

Carl Dawkins, known for his single Satisfaction in the 1970s, also expressed concern. He too accused the media of employing a pay-to-play system. According to Dawkins, the reduced airplay results from the system. he also claims that as a result of their songs not being played, there is a reduction in their capacity to get booked for stage shows in the island.

Ken Boothe, however, relates that not all journalists are guilty, making note of Bob Clarke, a disc Jockey on Irie Fm who is known for playing music from the vintage era on his show.

While some may argue that Bob Clarke only represents one of the many media practitioners, the vintage artistes continue to hope for change out of fear that lack of substantial coverage may cause the extinction of their art.

Dj Smoke of Renaissance Disco, in defence of disc jockeys, said the media is driven by what people like.

"It's not our fault. It depends on what the people want and most of the stations have a target audience. that's how marketing works."

"I play for everybody and if I am in that 50s audience, I can still give a good account of myself," he said.

Zj Rush of Zip FM also shared a similar view, saying: "The media tends to be more current, and I believe that the public are the ones who decide what they want."

He also said the artistes needed to be more current if they wanted to compete.