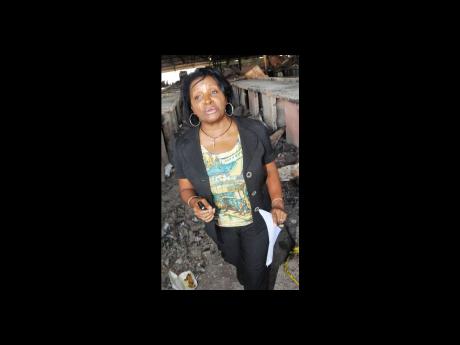 The National Solid Waste Management Authority (NSWMA) says it has already spent $7 million cleaning up communities in west Kingston in the wake of last week's major gun battle in that section of the capital city.

Millions more will have to be spent to complete the clean-up of the communities and the section of the Coronation Market damaged during the confrontation.

However, up to yesterday, no estimate had been prepared on how much the full clean-up would cost.

"We have been cleaning areas like Denham Town, Tivoli Gardens, Rema, and we have done 90 per cent of that," NSWMA boss Joan Gordon-Webley told The Gleaner yesterday.

Several roads in the west Kingston communities were blocked with debris last week as thugs fortified the area to prevent the security forces from executing an arrest warrant on alleged drug kingpin-turned-fugitive, Christopher 'Dudus' Coke.

After an almost weeklong gun battle, the members of the security forces took control of the debris-filled communities, which had to be cleaned.

Now, after more than 120 trips to the city dump, much of the debris is off the streets and Gordon-Webley is confident that the clean-up will be completed shortly.

However, the clean-up of the section of the Coronation Market which was damaged by fire will stretch into next week.

"We are going to start on the market on Sunday. We were asked to leave the burnt-out section of the market because the insurance company needed to see it, but now the town clerk has given me his blessing. We are starting on Sunday and will end in a maximum three days," Gordon-Webley said.

She said residents of the communities close to the market would be offered work during the clean-up process.