FROM MATH WHIZ TO WANTED 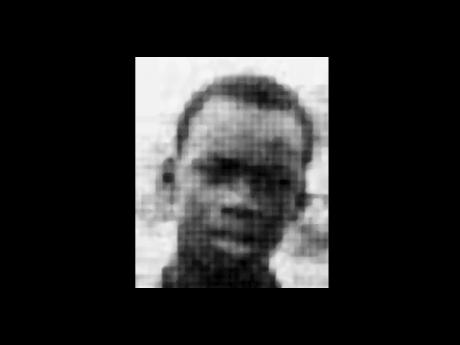 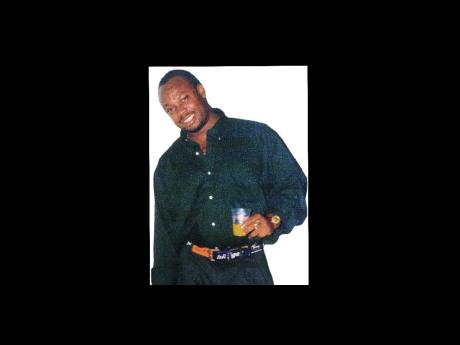 AS A young student at Ardenne High School in the mid-1980s, Christopher 'Dudus' Coke was his math teacher's delight. He was a quiet one who sat at the back of the class while turning out impressive homework and test grades.

Coke, who attended Ardenne between 1981 and 1986, never willingly raised his hand to answer questions, and when he was called upon, he politely declined the teacher's behest.

But test after test, he gradually became one of the math teacher's favourites, and he was ushered into a select group of students who were seen as math geniuses, and were specially prepared to sit the subject at the CXC level by fourth form.

Coke and many of the others in the group were rewarded with grade one passes.

Math was one of the few subjects that intrigued Coke. Religious education (RE) was the only other. The young man was scoring in the 80s with RE, but was flunking almost all other courses and had an inconsistent record of attendance.

Administrators at Ardenne High told The Sunday Gleaner that students' records were confidential and could not be released.

However, our news team was able to access Coke's past reports from other sources.

While he consistently performed well at RE, Coke's overall average declined steadily, as he moved from first to fifth form in all other subjects.

However, Coke had a strong commitment to mathematics and was highly motivated by a teacher of the subject who seemed to have captured his attention.

The teacher told The Sunday Gleaner that it would be hard for him to forget Coke because he was among the first group of fourth-form students he prepared to sit the regional exam in a year, under the ambit of a special programme at Ardenne.

The teacher, whose name is being withheld, insisted that no member of that class failed the exams and recalled that the boys in the batch did particularly well.

Despite being born into a family led by crime boss Lester Lloyd 'Jim Brown' Coke, which included the feared gangster Mark Anthony 'Jah T' Coke, Coke stayed out of trouble during his years in secondary school.

Ardenne then, and up to now, is a highly sought-after high school in St Andrew. The institution, born out of the Church of God in Jamaica, has a sterling reputation for academic excellence.

The math teacher remembered Coke as one of his elite batch, picked at the end of the ninth grade.

Having breezed through CXC math Coke tackled the dreaded additional mathematics (add math) in Grade 11 and scored a Grade B - the second-highest mark.

"Math is the only universal language, and he spoke it very fluently," the teacher reminisced. "I taught him for five years straight. Basically, he was the model student; very quiet, and there were no problems in terms of discipline," said the educator who started teaching in 1976.

"He was a bright fellow, very well behaved. There was no two ways about the behaviour. At least, I can say he was a bright mathematics student."

The young Coke was a man of few words, the math teacher recalled.

"I can't remember him ever asking a question in class. He never volunteered to come to the board. When called upon, he would decline respectfully."

Because Coke did not say much, it was difficult to tell if he was grasping the lessons; but the marking of homework assignments and grading of tests were what proved to Coke's teacher that the lad was learning.

On one of the rare occasions Coke broke his code of silence, the teacher remembered him sharing with other students his experience with snow overseas.

"The other students were fascinated by the tale he told," the teacher said.

Still, the educator did not know who Coke was.

It was not until years later that the teacher found out that some of Coke's fellow students knew all along that he was from west Kingston's most feared enclave - Tivoli Gardens - where Jim Brown, head of the notorious Shower Posse, ruled with an iron fist.

Another Ardenne insider told The Sunday Gleaner that during his days at the school, the man now known as the 'President' or 'Bossy' was quite the saint.

According to the insider, the schoolboy Coke was not a miscreant and was unassuming.

"He was very quiet (and) was not a troublemaker. And, I don't think anybody knew who he was," the insider said.

Coke's former math teacher shared that his class was often punctuated by jokes, but while students would laugh at his quips, Coke would only offer quick glances and smiles before burying his head back in his book.

In addition to being a math whiz, the teacher considered Coke a good footballer, but recalled that he never donned the blue and gold of Ardenne.

"I figured, probably, the exposure would have been too much for him," the teacher said.

After Coke completed his studies at Ardenne, the teacher's next encounter with the lad he still calls 'Michael' was some seven years later.

That chance meeting in 1993, which ended shortly after they exchanged pleasantries, was how Coke's former math teacher found out that Michael was the son of the notorious Jim Brown, who was burnt to death in February 1992 in his jail cell while awaiting extradition to the US.

Several years later, he saw Coke again at another institution where he taught. After dropping off a young man at the school, Coke saw his former teacher and waved to him.

Unable to make out who was calling to him, the teacher decided to ask the young man who had come out of the car.

The student, who claimed he was a relative of Coke's, told the teacher that it was the 'President' who was driving.

After that, the student frequently told the teacher that the 'President' sent his greetings.

Coke was to become a businessman, heading several ventures in construction and entertainment.

His quiet, but strong leadership ability has kept him at the helm of a community that seemed overawed by his power.

He slipped effortlessly into the post left vacant with the death of his father, and appeared equally comfortable with politicians from either side of the divide.

Coke is currently on the run as he tries to avoid possible extradition to the United States to face gun and drug charges.

The experienced educator suggested that based on his scholastic ability, Coke could have gone on to great things.

"He had all the ingredients. He would have been something better had it not been for the weight of the crown awaiting him."

Gained a distinction in CXC math exam in fourth form

He had all the ingredients. He would have been something better had it not been for the weight of the crown awaiting him.

He is not a true leader... . A true leader would say 'Here am I', and face the music. If you are the leader, you should protect your people.

I taught him for five years straight. He was very quiet and there were no problems with discipline ... . Math is the only universal language, and he spoke it very fluently.

Coke runs the most sophisticated drug ring in Jamaica. His network includes thousands of drug couriers travelling across the region, to the US and the UK, providing protection services to persons moving large quantities of narcotics across borders.