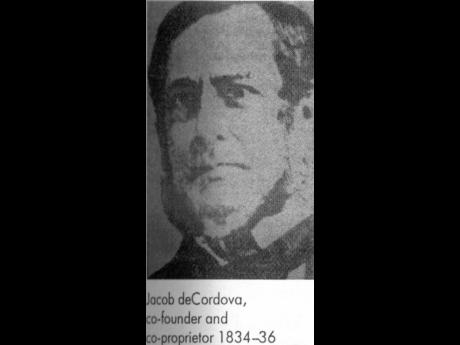 Jacob deCordova, founder of The Gleaner. 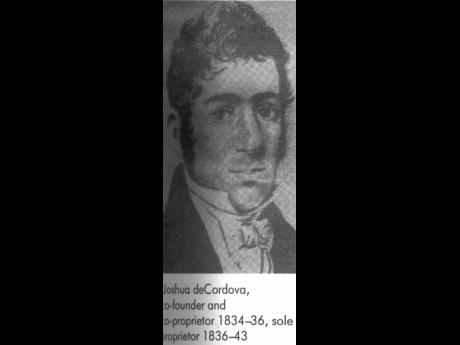 Joshua deCordova, founder of The Gleaner.
1
2

When the roll call for founders of Texas is made, the names of Sam Houston, Stephen F. Austin and Jim Bowie usually stand out. He may not be as famous, but Jamaican Jacob deCordova certainly played his part in developing the Lone Star State.

Born in Spanish Town in 1808, deCordova and his brother Joshua founded the Kingston Daily Gleaner in 1834. Five years later, he moved to Texas which was then a republic seeking to become a part of the United States after a bitter war with neighbouring Mexico.

DeCordova initially lived in the city of Galveston before moving to Houston. He was a major land developer who is best known as the founder of Waco, the city which gained infamy in February-April 1993 when Federal agents stormed a compound occupied by self-styled cult leader David Koresh and many of his followers.

Eighty-four persons, including Koresh and four agents, were killed in the 51-day siege.

At his peak, deCordova owned over one million acres of land in Texas. Along with Robert Creuzbaur, he compiled the map of the state of Texas, first published in 1849.

"Jacob deCordova is pretty big in Texas. He is well known for his ties to land," said Jack Gerrick, past president of the Texas Jewish Historical Society.

The deCordova influence has not gone unrewarded in his adopted home.

There is a Lake deCordova which runs through the city of Fort Worth into Waco, and deCordova streets in Waco and the capital, Austin.

Jacob deCordova's family were printers who came from Spain. They moved to Jamaica in the early nineteenth century when many Jews were fleeing Europe due to widespread discrimination.

After living in Philadelphia for over a decade, he returned to Jamaica and helped start the Kingston Daily Gleaner which became the largest newspaper of its kind in the English-speaking Caribbean.

The Texas deCordova lived was a diverse territory. It was a boom region which attracted adventurers like Austin, Bowie and Davy Crockett, all of whom would die in the fabled battle of the Alamo in 1836.

It was also home to thousands of Native Americans and Mexicans who considered themselves the rightful owners of Texas. Gerrick says there has been a Jewish presence there since the 16th century, but it was not until the early 19th century that hundreds of them moved into the territory.

Many were merchants but others such as deCordova, his brother Phineas and the Helf family, made their fortune in real estate. According to Gerrick, deCordova sold one-acre lots in Waco for five dollars.

Even though there was a level of racial tolerance in Texas during its early years, Gerrick said Jews faced discrimination.

"They couldn't join country clubs, things like that, but I wouldn't say there was a lot (of racism). If there was, they couldn't own so much land," he explained.

Jacob deCordova died from a lung disease in January 1868 at his Wanderers Retreat home in the town of Sequin, Texas. He was survived by his wife Rebecca and five children.

His contribution to the development of Texas is featured in several books including The Jews in Texas and Pioneer Jewish Texans.